The accumulation of sediment at the bottom of Santa Barbara Harbor, California, began as early as the last 1920s.

The federal government began vital annual dredging projects of the harbor in 1972.

Pacific Dredge & Construction was recently awarded a three-year contract by the U.S. Army Corps of Engineers to dredge the harbor two times a year.

For the project, the company is using their “Sandpiper” dredge to provide safe marine navigation throughout the year while preventing both air and noise pollution in the area.

The regular maintenance dredging keeps the channel at the desired depth and configurations for safe navigation within the popular harbor. About 720,000 cubic yards of dredged material is collected and transferred down the coast for beach replenishment services within the East Beach each three-year contract.

The pre-construction survey typically directs the dredge areas addressed in each cycle, but the areas located at the turning basin by the end of Jetty at Point Castillo are usually the most dredged areas. Each of the six cycles average 120,000 cubic yards of sediment.

Pacific Dredge & Construction is using the impressive “Sandpiper” dredge in addition to a variety of industrial-quality supportive marine and land equipment. This electric cutter-head suction hydraulic dredge is used to provide safe marine navigation throughout the year while preventing both air and noise pollution in the area.

A dredge discharge pipe is installed and buried throughout the duration of the six dredging cycles. The pipe is buried to keep the area safe for people to enjoy the entire beach during all seasons, whether dredging is being performed at the time or not. The pipe will be installed at the start of the first cycle and removed after the final cycle is completed. 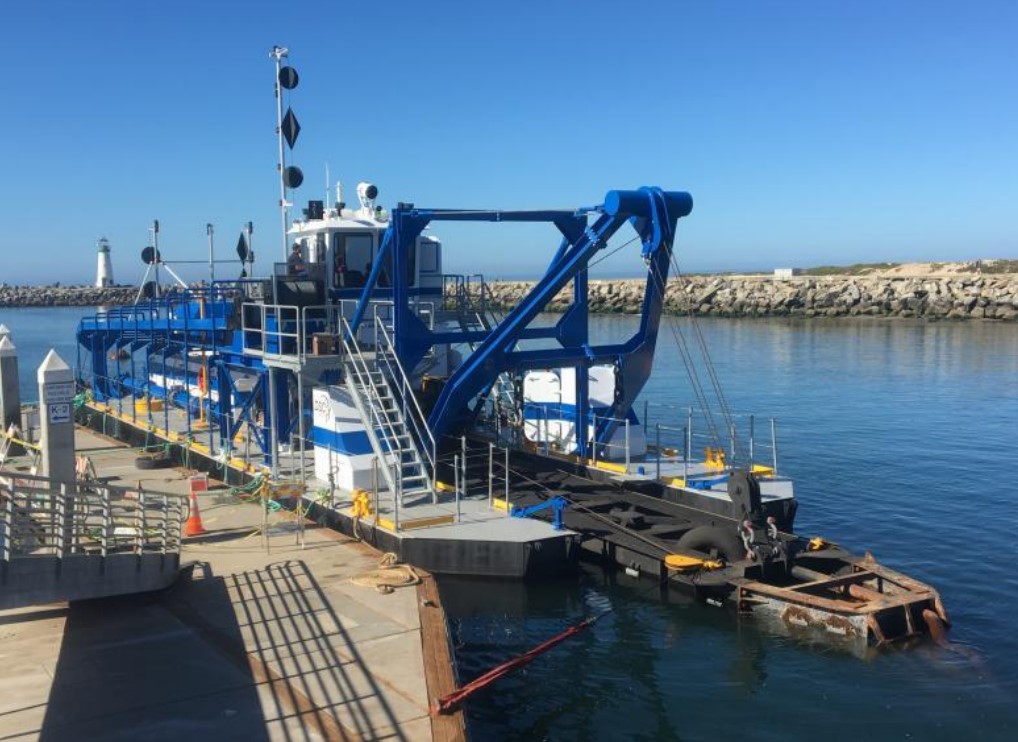