In the wake of the devastating floods that plunged Marikina City and several other cities of Metro Manila underwater in November last year, the Task Force Build Back Better (TF BBB) will begin dredging activities on the Marikina River on February 17.

Environment Secretary and TF BBB chair, Roy A. Cimatu, made the announcement following reports that portions of the river have been illegally reclaimed, drastically reducing the ability of the waterway to contain excess rainwater during typhoons.

The pilot dredging will be in the portion of the river near Marcos Highway in Barangay Kalumpang while a simultaneous bamboo planting activity will take place on the banks of Barangay Industrial Valley Complex, both in Marikina City.

“The widening of Marikina River to its original width is but the start of the series of activities the Task Force has identified to address the perennial problem of flooding within the Marikina River Basin,” Cimatu said.

The DENR chief also said that the restored riverbanks will be planted with bamboo to help prevent riverbank erosion and siltation, one of the strategies that TF BBB has adopted in the rehabilitation of Cagayan River.

Cimatu noted that the width of the river in the upstream portion is about 90 meters wide, then narrows down to 80 meters at the boundary of the Marikina-Pasig boundary and becomes uneven, varying from anywhere to 46 meters to 78 meters. 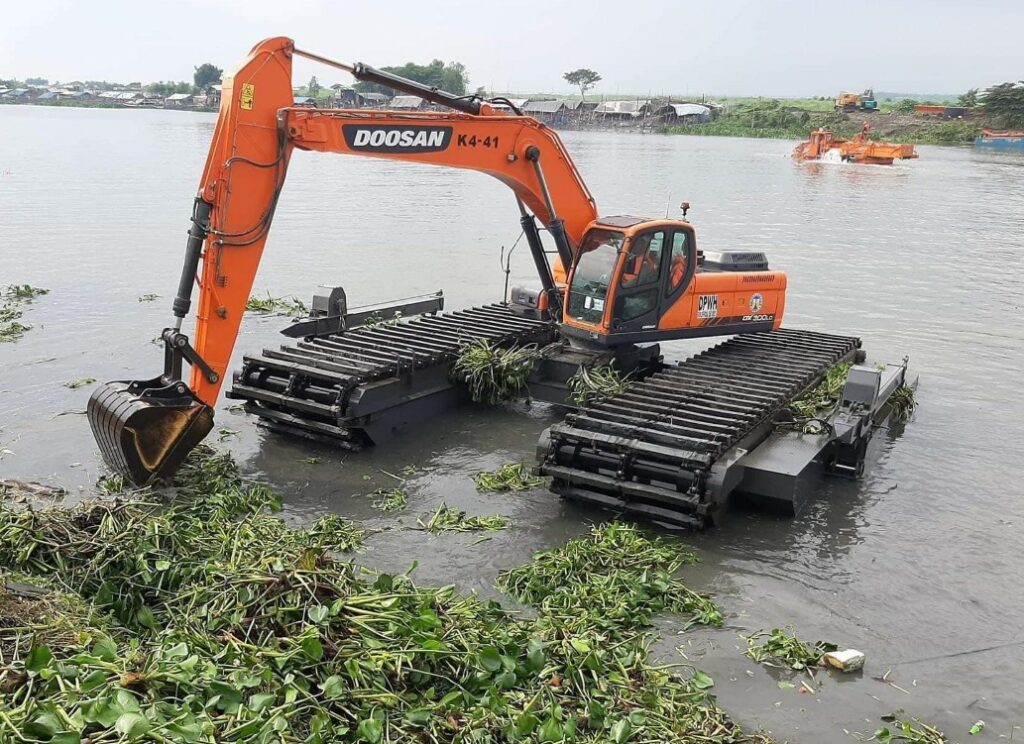