Following storm events over the Christmas and New Year period, the beach at Eastoke has significantly reduced in height and width, leading to reduced protection to coastal properties.

After 10 days of work on site, a survey of the beach at Eastoke has calculated the need for additional shingle material to reach the design profile and therefore provide the recommended standard of protection to properties.

Havant Borough Council and their contractor Norse SE developed the plan of repairs, and together with Coastal Partners’ beach management contractor, Les Searle Group are currently on-site at Eastoke Beach, carrying out the emergency repairs.

The works will involve the carrying out of a small-scale beach recycling operation. Beach recycling is the movement of material from areas of beach build up to areas of erosion.

It is estimated that these works will take 10 days to complete, depending on the weather conditions throughout.

The Eastoke Peninsula is a densely populated area. Most of the land is low lying, with serious flooding incidents occurring prior to 1985.

During the 1930’s, hard defences were constructed which fixed the line of the coast, but erosion of the beach led to an increasing number of flood events.

In 1985 the beach replenishment scheme was implemented creating a man-made beach in front of the seawall. Coastal processes are constantly eroding the beach and without intervention the seawall would again be exposed.

This could result in further serious flooding at Eastoke and possible failure of the seawall – leading to erosion of the coastline. 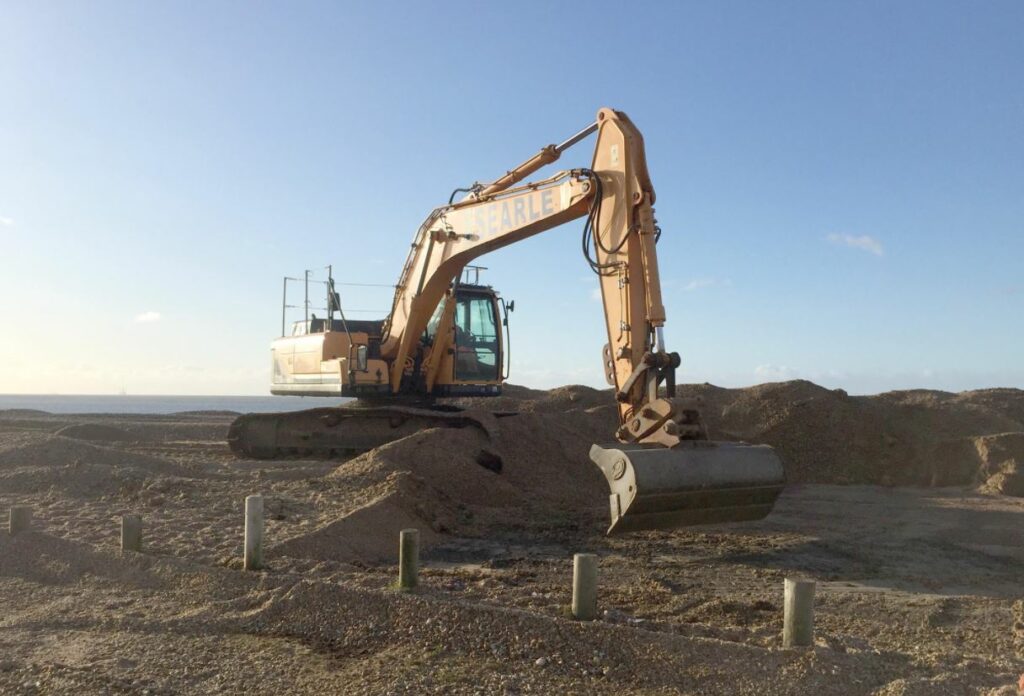