The cutterhead dredge JS Chatry completed maintenance dredging in the “cutoff” range of the Morehead City Harbor on St. Patrick’s Day with concurrent beach nourishment along the shorelines of Ft. Macon and Atlantic Beach, the Carteret County announced.

“The contractor has been in demobilization mode ever since, including dis-assembling the long pipeline that emanated from the harbor and extended to the Circle in Atlantic Beach – roughly 2.63 miles of active nourishment line and another 1.62 miles (roughly) of line extending from the dredge to the start of the beachfill,” the county officials said. 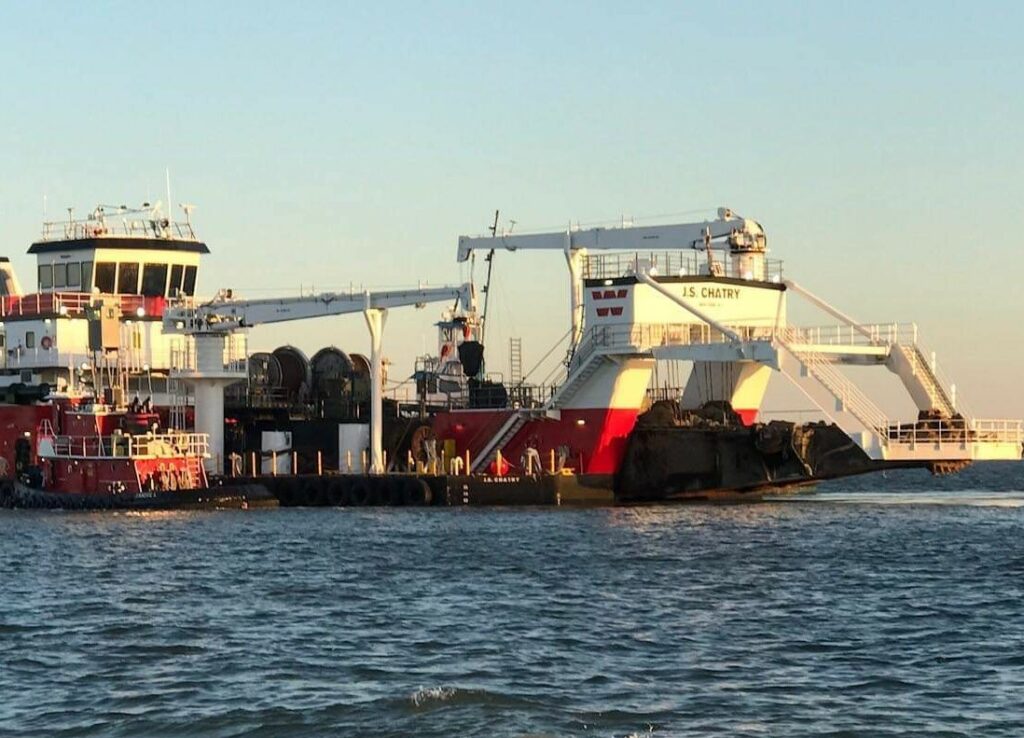