In the video, Victoria Towndrow, USACE civil engineer, gives a 2nd update on the Great Sodus Bay seawall repair project and how it’s being built.

“We’re fixing 525 feet of the Great Sodus Bay east breakwater and this structure provides protection along the southern shoreline of Lake Ontario,” she said.

Erosion of the north face of the Charles Point shoreline protection structure is due to waves overtopping the steel sheet pile during high water and storm periods.

This overtopping has caused erosion of the bluff which is jeopardizing the south end of the federal structure and the stability of the seasonal residences located near the edge of the bluff. 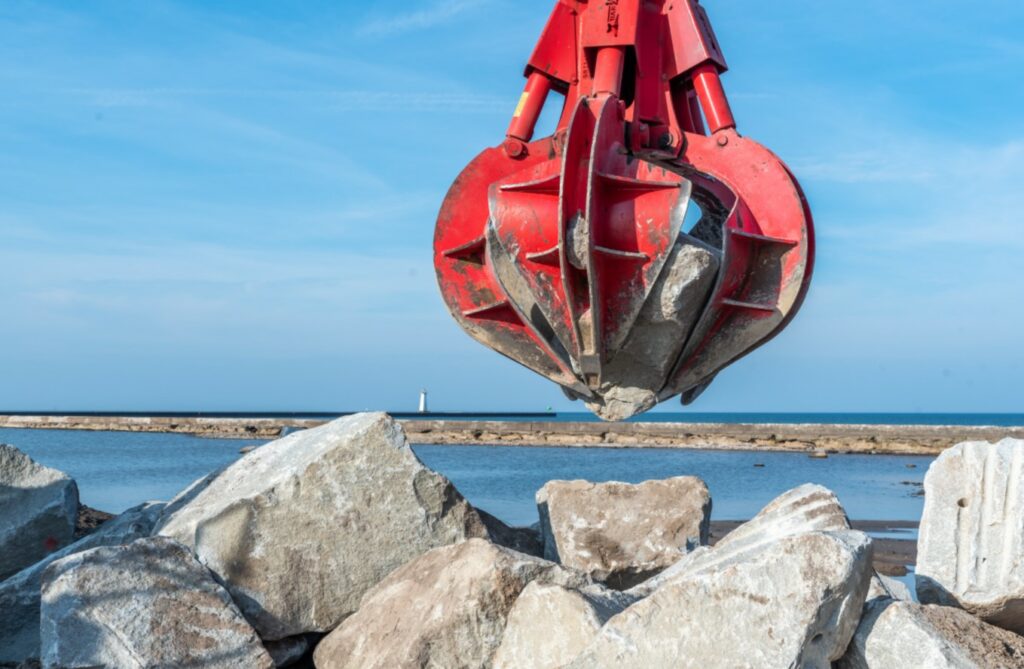