The new dredge is being built at Eastern’s Allanton Shipyard Panama City, Florida.

Construction of the newbuild began with the steel cutting ceremony that was held on August 19, 2020, four (4) months after the contract signing. Less than a month later (September 11, 2020), Eastern conducted the keel laying for R.B. WEEKS, ESG Hull 258.

This is Eastern’s second trailing suction hopper dredge project for Weeks Marine. The first vessel, TSHD MAGDALEN was delivered to Weeks back in December of 2017.

Like the MADGALEN, the R.B. WEEKS will have IHC-designed and built equipment. This includes the complete and highly efficient dredging installation, dredging automation and instrumentation, propulsion and main electrical system.

This new state of the art hopper dredge is scheduled for delivery in early 2023. 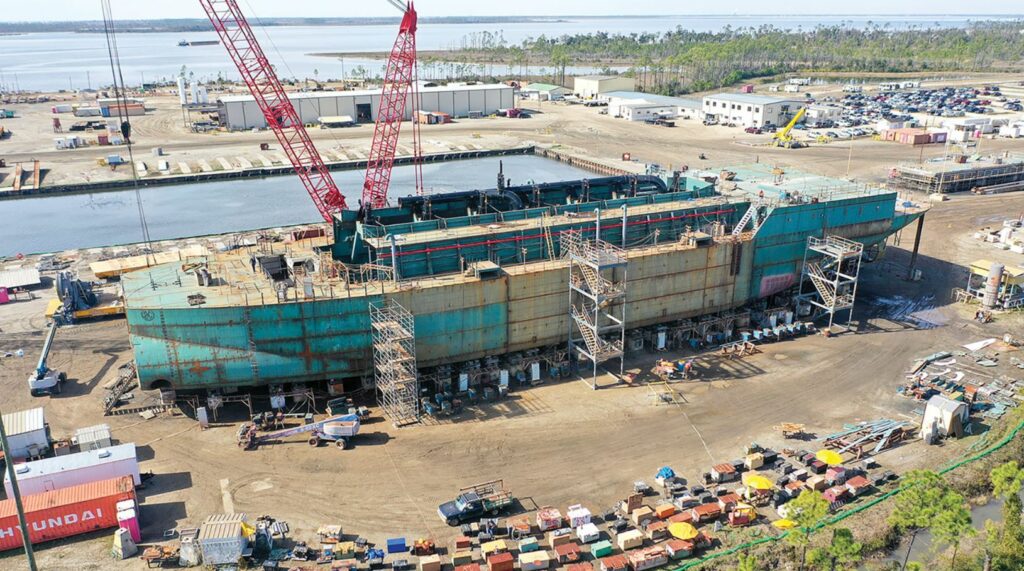