Port of Weipa dredging wraps up

North Queensland Bulk Ports Corporation (NQBP) has successfully wrapped up maintenance dredging at the Port of Weipa for another year.

According to NQBP CEO, Nicolas Fertin, the dredge vessel TSHD Brisbane has left the Port of Weipa after completing the 22-day program.

“I would like to commend all our staff and contractors for their work in completing the dredging program in Weipa,” Mr Fertin said.

“About 320,000m3 of natural sediment was removed from the Port of Weipa and placed at the approved Dredge Material Placement Area (DMPA), in Albatross Bay.”

In his statement, Mr Fertin also thanked the Weipa community for their patience and understanding during the project.

“The TSHD Brisbane undertook over 170 trips to and from the DMPA without incident.

“This is a testament to all involved including the local Weipa fishing and boating community.”

Throughout the dredging, NQBP engaged with key stakeholders including the Weipa Technical Advisory and Consultative Committee (TACC).

This dredging program was the first instance of maintenance dredging occurring at the Port of Weipa under NQBP’s new 10-year Commonwealth permit. 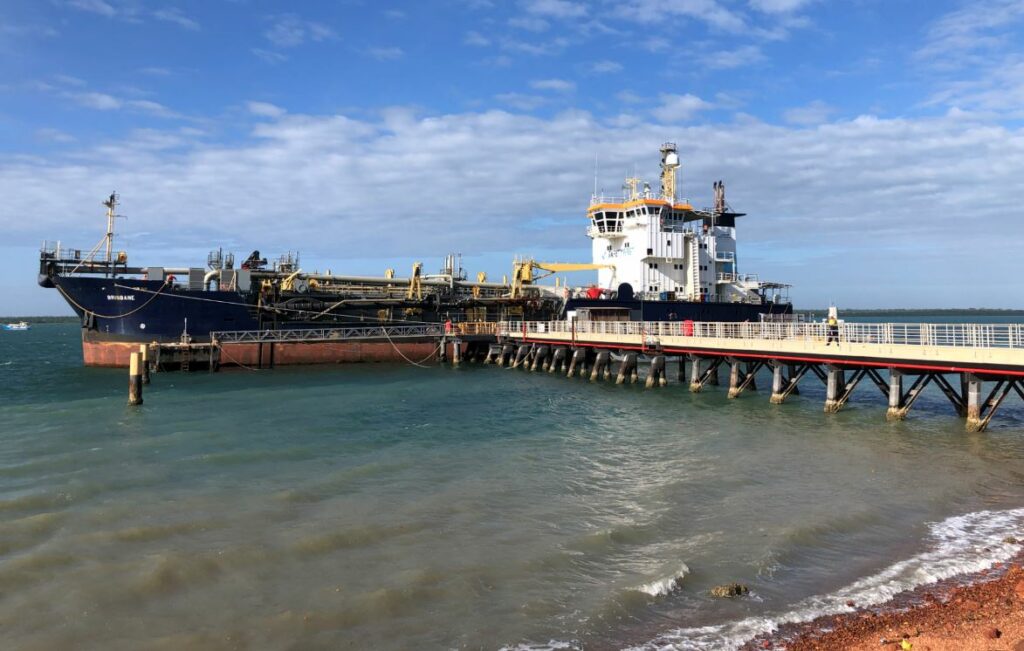