The U.S. Army Corps of Engineers and City of Duluth have a plan to remove debris placed on Minnesota Point during 2020 beach nourishment.

“Safety is a top priority for the corps of engineers,” said Corey Weston, Chief of Construction and Survey, at the Corps of Engineers, Duluth Area Office. “We take it very seriously and have from the beginning demonstrated our commitment to the city and community to resolve this issue.”

Last fall, after placing dredged material for beach nourishment on Minnesota Point, fragments of decades-old aluminum cans were found on the beach. USACE took responsibility for placing the aluminum fragments and have been working non-stop with the City on a plan to remove them.

The Army Corps used ground penetrating radar to survey the area and find out the extent of the debris. The beach and nearshore zone surveys identified several areas of concentrated debris within the dredged material.

Two of these areas were likely at the end of the dredged material placement pipeline where heavy debris quickly settled out. The survey contractor conducted exploratory excavations in these areas.

Most of the debris was rocks and wood, but it also included taconite pellets, some nails, and a small amount of other man-made debris. In all, the contractor found about a gallon of debris at these two sites. The aluminum can fragments, however, are lighter with a relatively large surface area, so they were likely spread out across the beach during placement operations.

Although overall the amount of debris is small compared to the volume placed, the Corps of Engineers remains dedicated to the cleanup.

To keep debris from being placed in this year’s and future dredging, the Corps of Engineers has incorporated additional measures in dredging and placement contracts.

These include using a smaller screen size to catch debris, adding contract conditions to monitor material and stop production if debris is observed, and increasing the Corps’ oversight of contractor operations.

Additionally, the survey revealed erosion continues to be severe along Minnesota Point. Material placed in 2020 provided important shoreline protection, but a long-term solution is needed.

Comparing profiles taken perpendicular to the beach last spring before placement, after placement, and again this spring, it shows material placed in 2020 is already eroding. 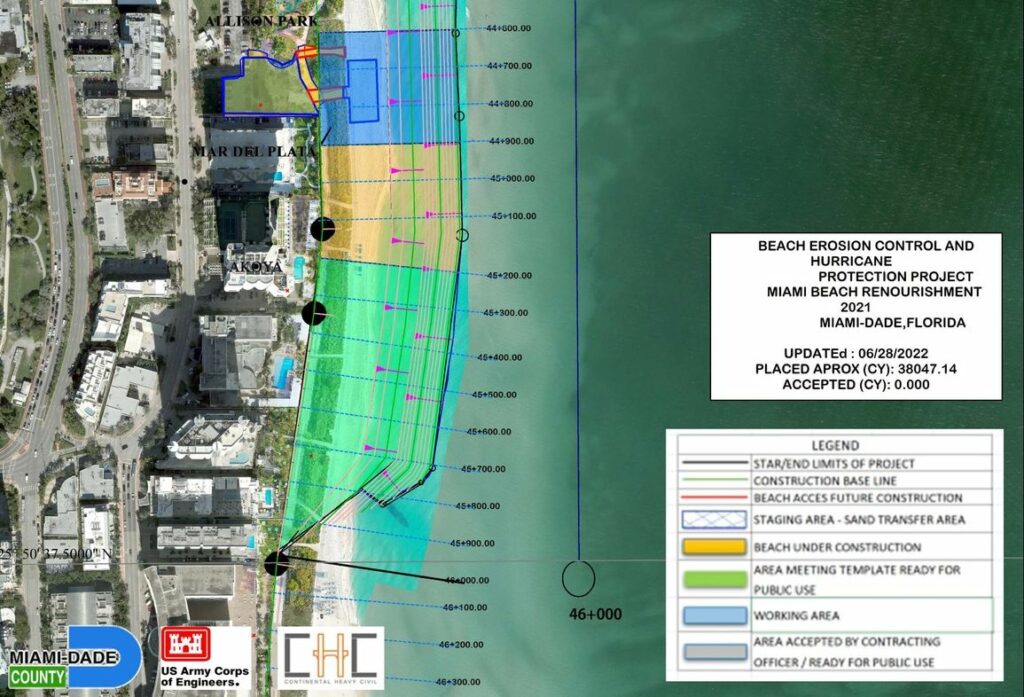