As a senior member of the Appropriations Committee, Senator Collins submitted congressionally directed spending requests to fund both projects and is working to secure funding for them in the next government appropriations bill.

“The reconstruction of Route 1 will make major improvements to the roadway to ensure safe, efficient travel, while the maintenance dredging of the Port of Searsport will help prevent shipping delays at Mack Point,” said Senator Susan Collins during the visit.

“Searsport is part of a critical link in the land and maritime transportation system of Maine,” added Commissioner Van Note. “We are pleased and happy to work in partnership with Senator Collins and the Town of Searsport to revitalize Searsport’s village area on Route 1 and to provide critical maintenance dredging to keep Mack Point viable.”

The Port of Searsport is one of the Maine’s three major seaports. The navigation channel was constructed by USACE in 1964 with a design depth of 35 feet.

Over the last several years, sediments have deposited in the channel. A maintenance dredging has been postponed for more than 12 years.

Senator Collins requested $1.65 million above the President’s budget to dredge approximately 22,000 cubic yards of material from the navigation channel. The deposited material will be used to construct a laydown pad for long-term cargo storage. 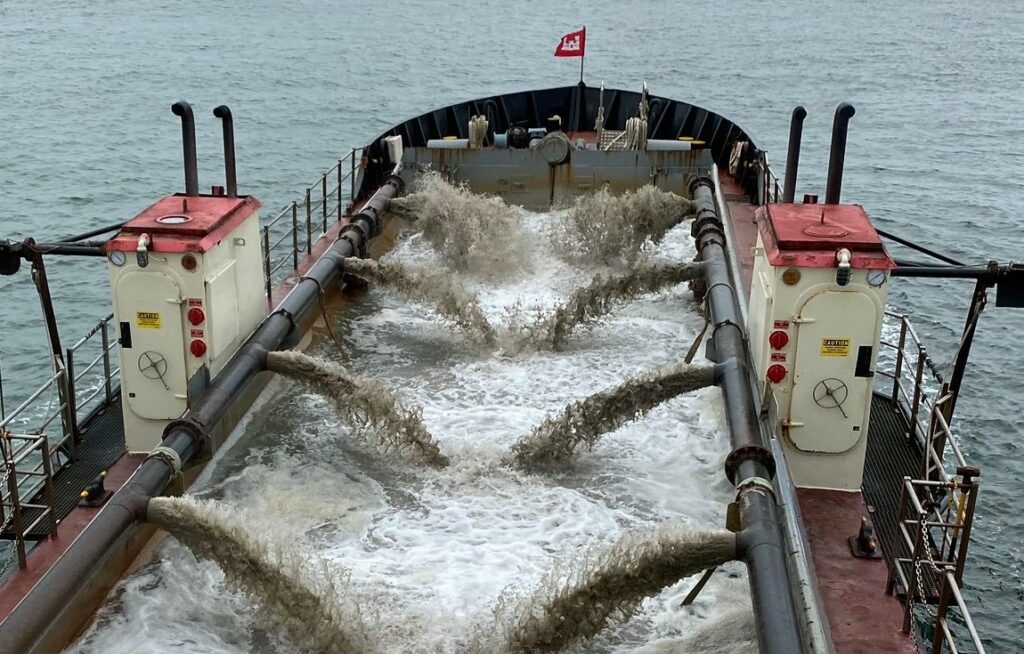