USACE and the City of Duluth have provided some additional info on the recently completed 2021 Minnesota Point beach nourishment, maintenance dredging and beach cleanup.

The Corps awarded the 2021 maintenance dredging contract July 14, 2021 to Sturgeon Bay, Wisconsin, based Roen Salvage Company. They dredged approximately 53,000 cubic yards (cy) of material from the Duluth-Superior Harbor navigation channel and this material nourished the beach on Minnesota Point.

“The Corps of Engineers originally planned to dredge and place nearly 100,000 cy. However, they reduced the amount of material due to stringent protocols and significant safeguards put in place to ensure the material was free from man-made debris. Stringent protocols included reducing the size of the transfer screen used to catch debris, adding contract conditions to monitor and stop production if debris is observed and increasing Corps of Engineers’ oversight of contactor operations,” USACE said.

“The stringent protocols like reducing the size of the transfer screen were effective in ensuring material placed did not contain man-made debris” said Project Manager Melissa Bosman.

The 2021 project placement area began at the pier and extended to the S-curve, just North of 12th Street. The 2021 beach nourishment project wrapped up September 14 and contractors demobilized September 24.

USACE previously conducted a survey of material placed in 2020 to identify material inadvertently placed during 2020 beach nourishment. The survey showed 23 areas with high-magnetic signatures, eight above the water surface and 15 below the water surface.

They excavated and screened material from the eight areas located above the water surface in June of 2021. 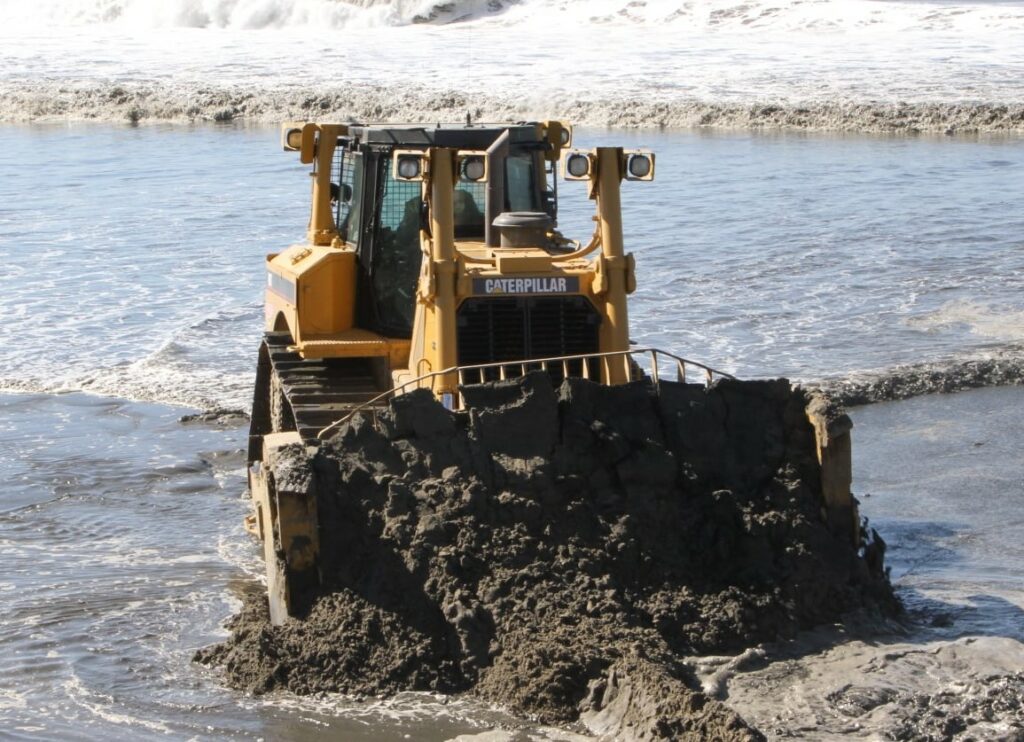