This marks a major milestone for MPA in developing Singapore’s next-generation port.

The multi-billion-dollar Phase 1, which began in 2015, was completed by a joint venture comprising of Dredging International Asia Pacific Pte. Ltd. (DEME’s subsidiary for the South East Asia region) and Daelim Industrial Co. Ltd.

Over the course of the project, crews successfully constructed a new port terminal with over 20 deep-water berths, which represents a total capacity of 20 million twenty-foot equivalent units (TEU) per annum. The scheme also involved erection of an 8.6 km quay wall with its foundation, dredging of the fairway and basins, as well as the reclamation of 294 ha of new land.

To achieve this, the contractors had to use more than 80 million m³ of reclamation fill which was mainly comprised of dredged materials, excavated materials from other land-based projects and sand imported from distant sources.

Overall the project involved a total of 34 million man hours, with the support of over 450 companies.

The Tuas Next-Generation Port project, being developed in four phases, will have a price tag of over $20 billion.

Phase 2’s reclamation works are being delivered by joint venture of Penta-Ocean Construction Co. Ltd/Hyundai Engineering & Construction Co. Ltd/Boskalis International BV (PHB). According to MPA, Phase 2 is ongoing as scheduled and the planning for Phase 3 is already underway.

When fully completed in the 2040s, this mega port will be capable of handling 65 million TEUs annually. 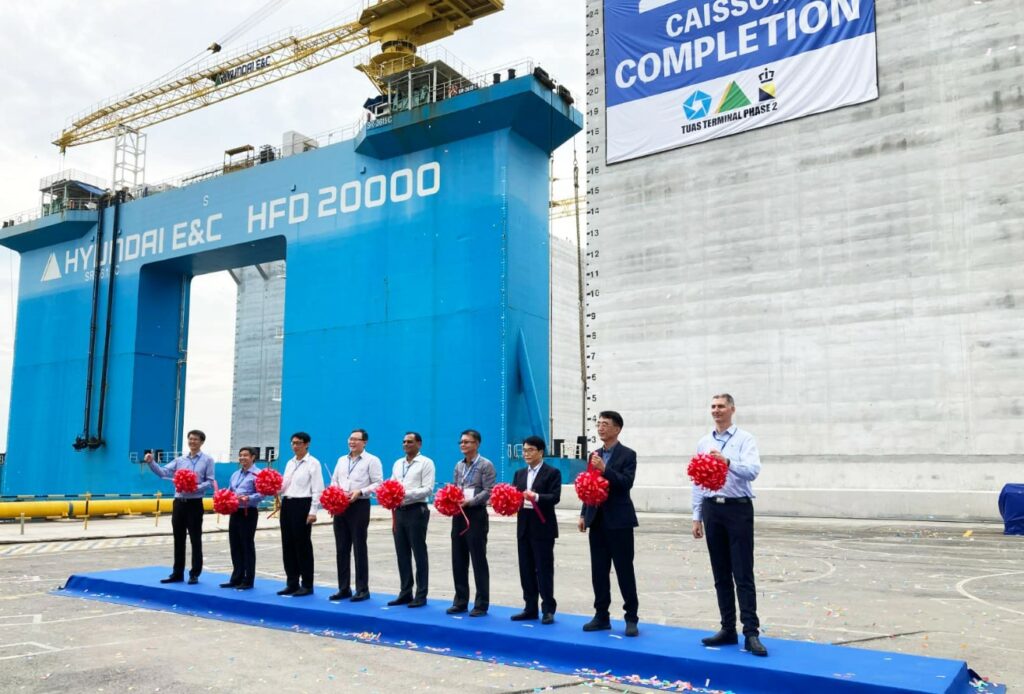