Land reclamation works for the Everton’s new stadium at Bramley-Moore Dock are coming along nicely and on track to be completed early next year.

Boskalis hopper dredger Shoalway kicked off the infill process last month, during which around 500,000 cubic metres of dredged sand will be placed into the Bramley-Moore Dock. The sand needed for this project is coming from Liverpool Bay and the Irish Sea.

The resulting compacted and rolled surface will then be suitable for the piling process, which begins next month. This will form the sub-structure of the new 52,888-capacity stadium.

The football club recently released a video showing the progress being made on this huge maritime engineering project. 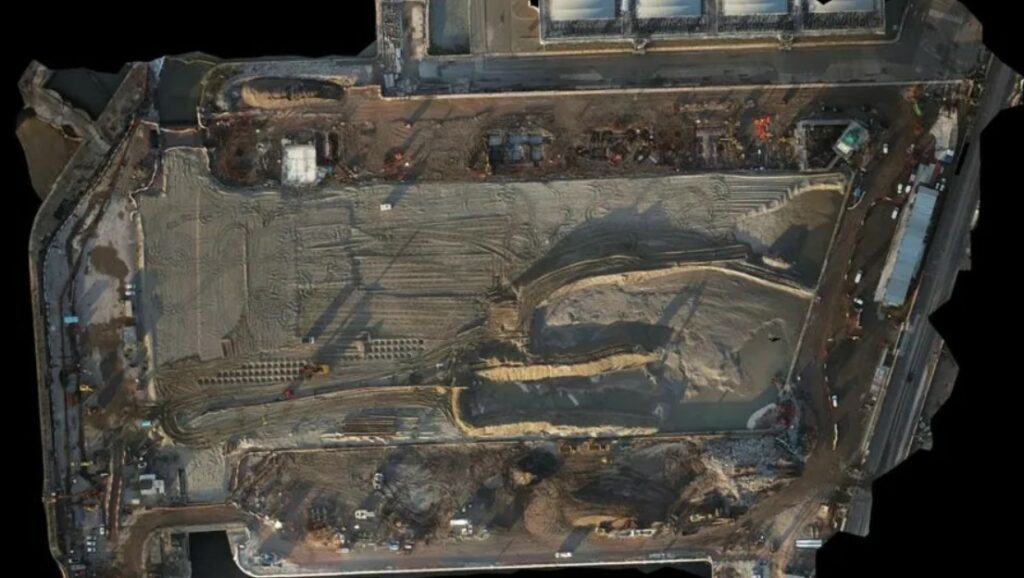