Shedding light on the Fuvahmulah work, the Vice President said that they are “realising a long-awaited dream of its residents.”

He also noted that this initiative had been in the planning stages for the past ten years.

The MVR 300 million ($19.5 million) project includes the construction of 2,650 metres of coastline protection walls from the north of Fuvahmulah harbour to the east of the island.

Ms Zeeniya Ahmed Hameed, the Permanent Secretary of the Ministry of National Planning, Housing, and Infrastructure, signed the contract on behalf of the government, while Managing Director Per Vinther Larson put his signature on behalf of M.T. Højgaard Maldives Pvt. Ltd.

Along with the Vice President, cabinet ministers, the Ambassador of the Netherlands to Maldives, Mrs Tanja Gonggrijp, and senior government and Fuvahmulah City officials, also attended the ceremony. 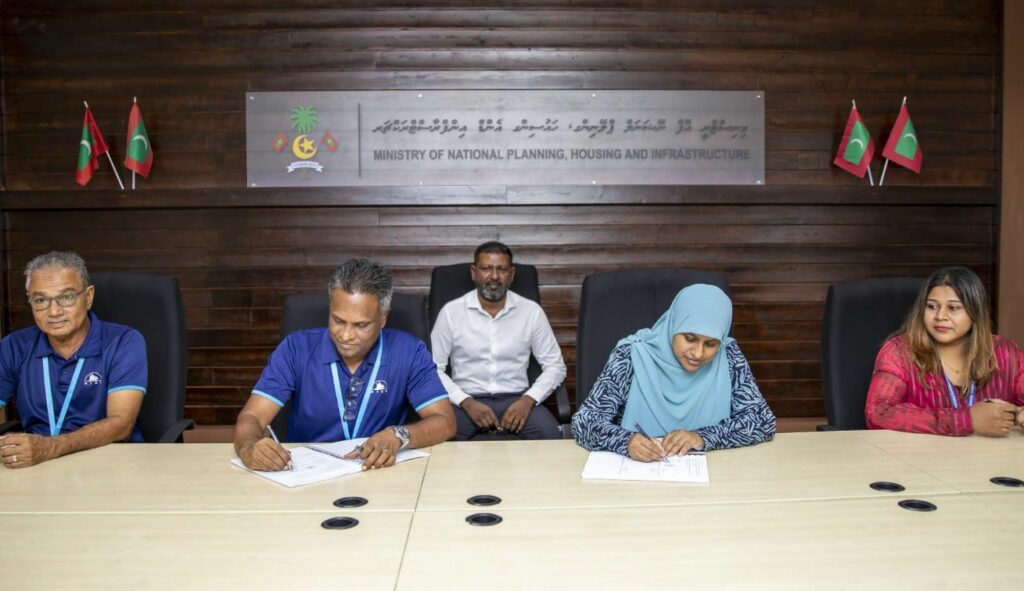