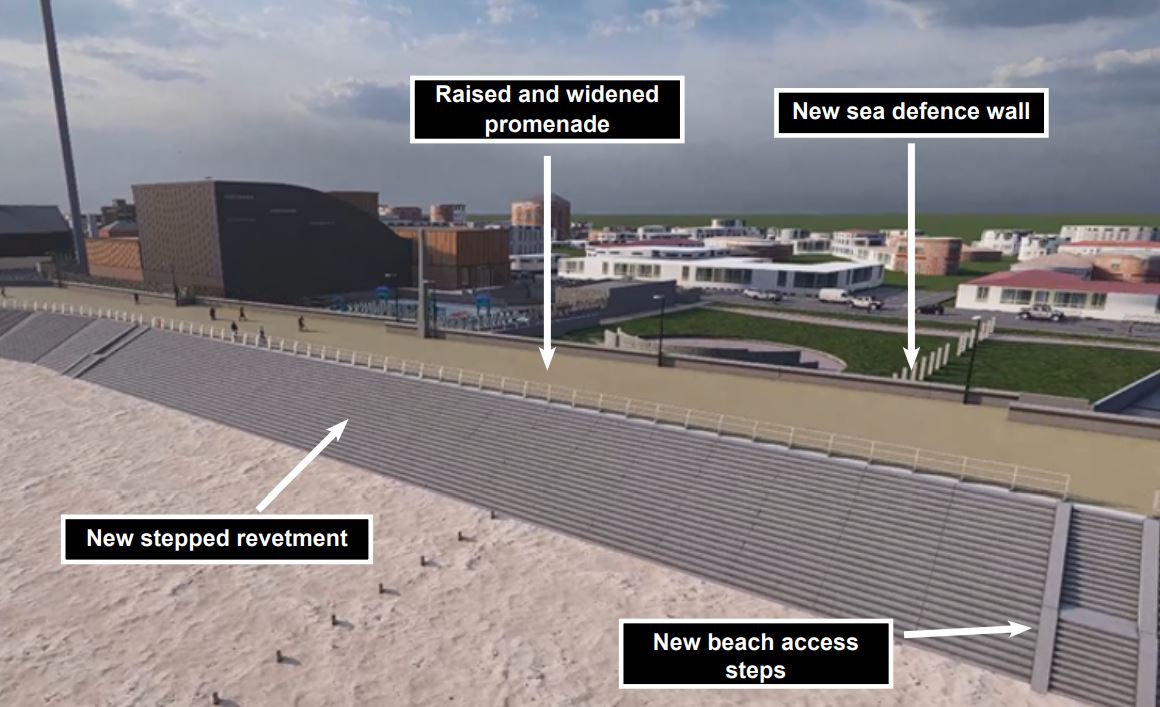 Denbighshire County Council has launched a consultation on proposals to improve coastal defences at Rhyl, between Drift Park and Splash Point.

The 28-day pre-application consultation for the Central Rhyl Coastal Defences Scheme will run between January 12 and February 9 and gives residents and other stakeholders the chance to comment on proposals ahead of submission of a planning application.

The proposed scheme aims to improve coastal flood defences to protect around 600 homes and businesses and protect the tourist economy from flooding events and coastal erosion well into the future.

The Council is working with Balfour Beatty and Mott MacDonald on progression of the scheme which is subject to the availability of funding and obtaining the relevant planning and environmental permissions.

If the scheme goes ahead, it would be partially funded by the Welsh Government, as part of its Coastal Risk Management Programme.

Between Drift Park and the SeaQuarium (western section) the proposals would include:

Between the SeaQuarium and Splash Point (eastern section) the proposals would include: 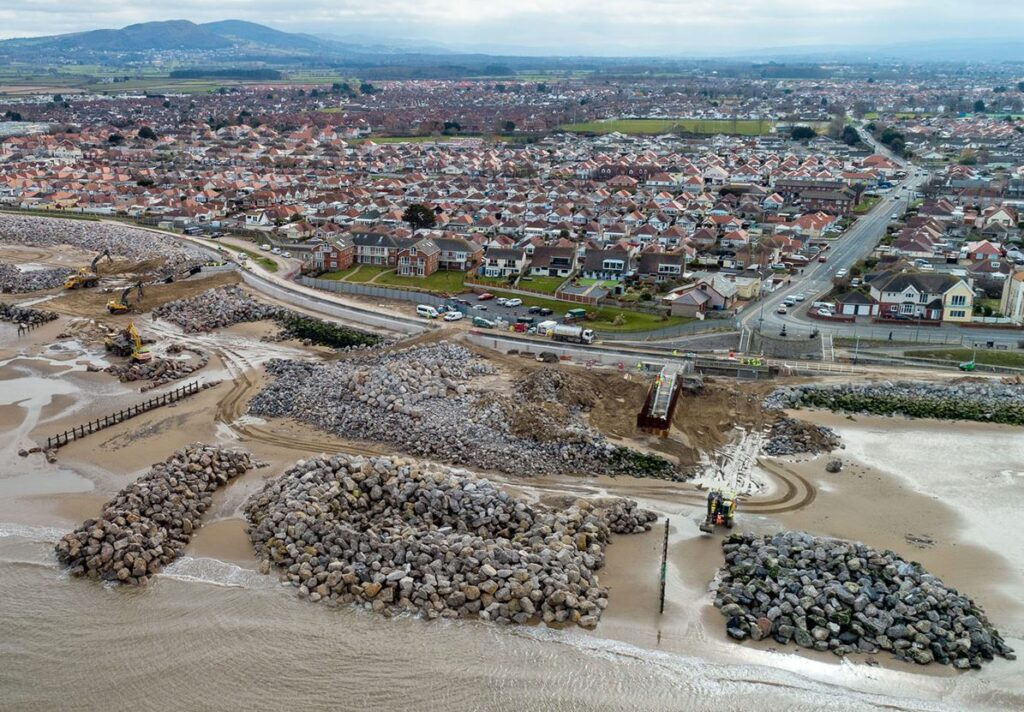