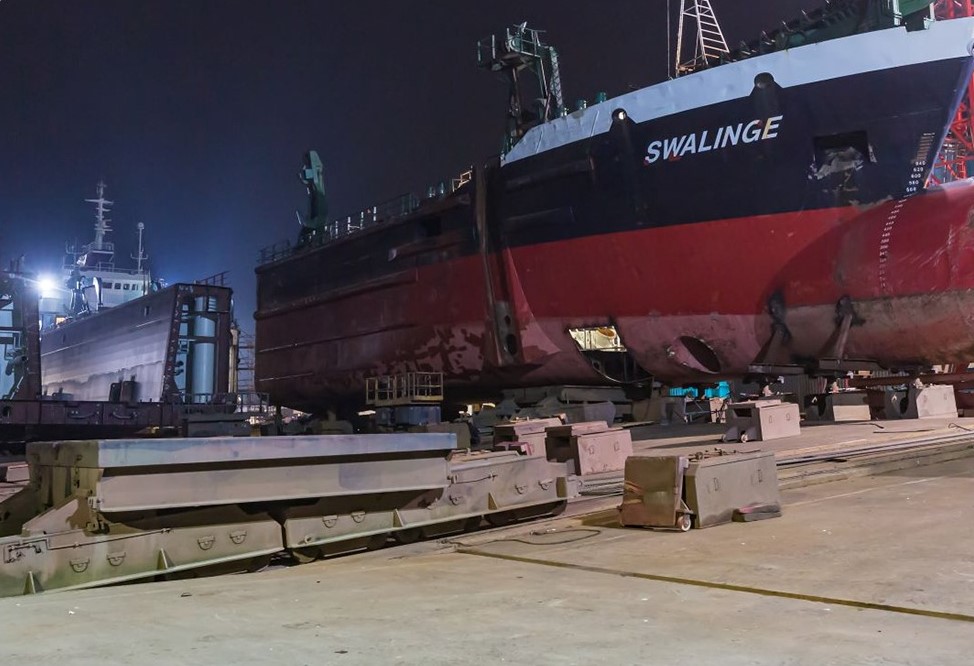 Back to overview
Home Dredging Today Kooiman: Work in progress on the extension of TSHD Swalinge

Kooiman: Work in progress on the extension of TSHD Swalinge

Kooiman Marine crews have been busy lately working on the extension of the trailing suction hopper dredger Swalinge.

According to Kooiman, the work on the Swalinge is in full swing at the company’s Hoebee Shipyard in Dordrecht. “This is how it will be extended. In the meantime, we’re a few weeks ahead and working on the release of the new section.”

The Swalinge was built as a coaster in 1977 and rebuilt into a hopper dredger after being purchased by Den Herder Seaworks in 1996.

Currently, the 82.2m dredger is at Kooiman for an extension of 37 meters, which will increase the vessel’s cargo space by 1300m³.

Also taking part in the project is Alewijnse who signed a contract with Den Herder Seaworks earlier this year for the electrical refit of the vessel.

For this project, Alewijnse will deliver complete engineering package on board TSHD Swalinge, including the main switchboard and various panels to extend the cabling and modifications to assorted sub-systems. 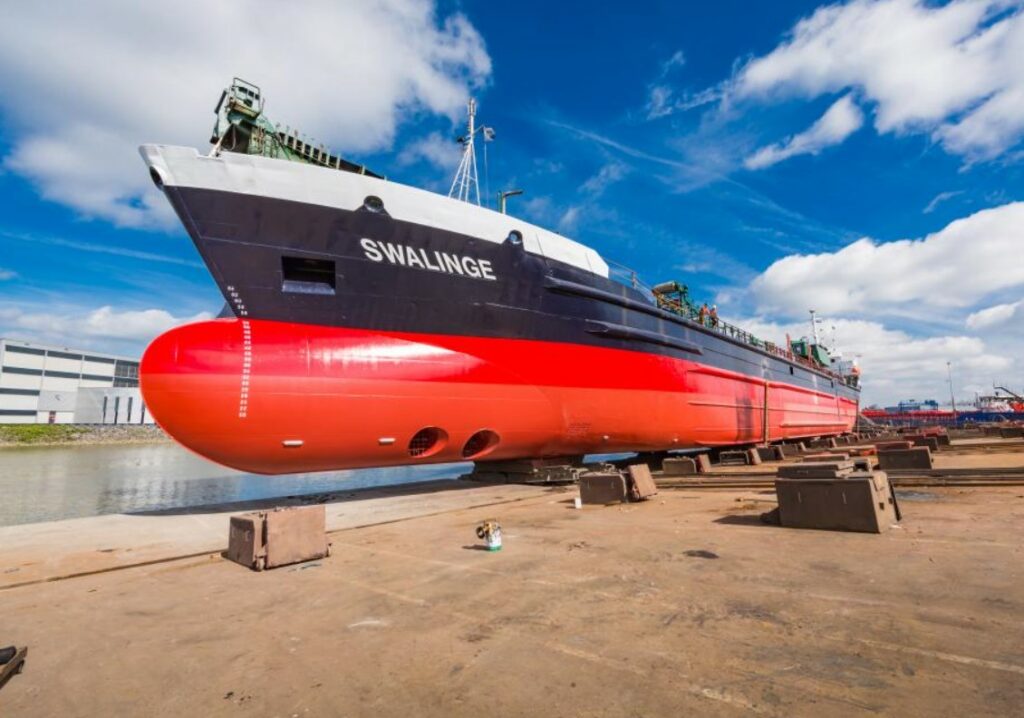