Every few years, the U.S. Army Corps of Engineers dredges sand from the Atlantic Ocean and pumps it to a 21-mile stretch of beach from the Borough of Sea Bright to Manasquan, New Jersey.

According to USACE, this coastal storm risk management and erosion control project aims to reduce hurricane and storm damage to New Jersey’s beaches.

Work is currently underway on the latest $26 million cycle of beach renourishment.

Under the project’s current contract, work began December 20, 2021, and is scheduled for completion in the following days.

To keep work on schedule, dredging operations run 24/7 on the largest dredger in the country, the Ellis Island.

The dredge transports two to four loads per day from the Sea Bright Borrow Area, an underwater sediment source near Sandy Hook, New Jersey, to a pipeline that moves sand to the most-eroded parts of the beach. 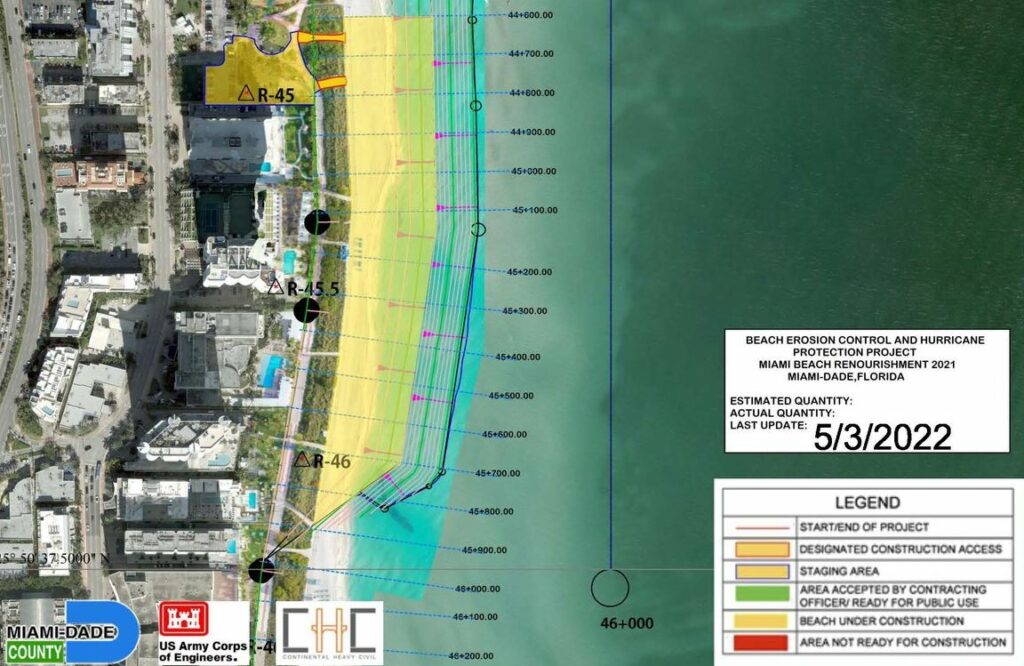