The Department of Environment, Land, Water and Planning in Victoria is wrapping up another coastal erosion project on the Bellarine Peninsula – the beach renourishment at Lower Bluff.

According to DELWP, this is the latest in a series of beach renourishments on the northern Bellarine Peninsula, with almost 30,000 cubic metres of sand having been distributed across four beaches at Indented Head and St Leonards over the last two years.

The beach renourishment at Lower Bluff is designed to avoid further erosion at the site, caused by severe storms and rising sea levels attributed to climate change, the department said.

By increasing the width of the beach along a 200-metre stretch, the works will provide protection for infrastructure behind the foreshore, including the low-lying coastal trail.

The new sand has been sourced from the seabed of Point Richards Harbour, where excess sand has naturally accumulated over time.

This was a joint effort between DELWP and the Bellarine Bayside Committee of Management who worked together to plan, design and coordinate these works, with input from the community. 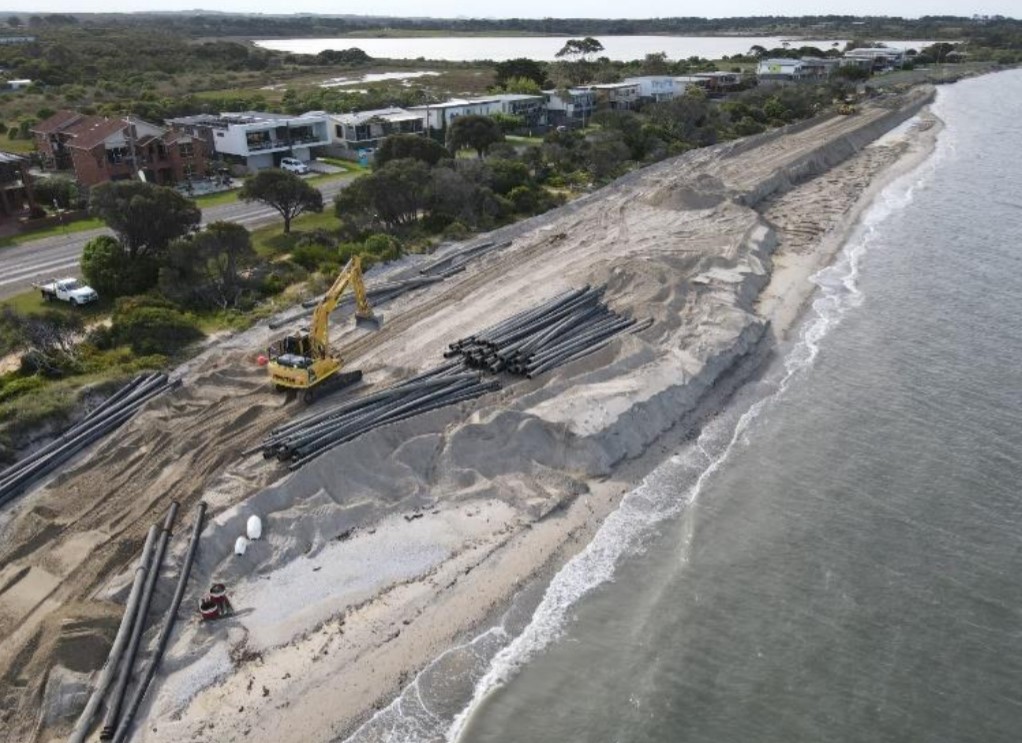