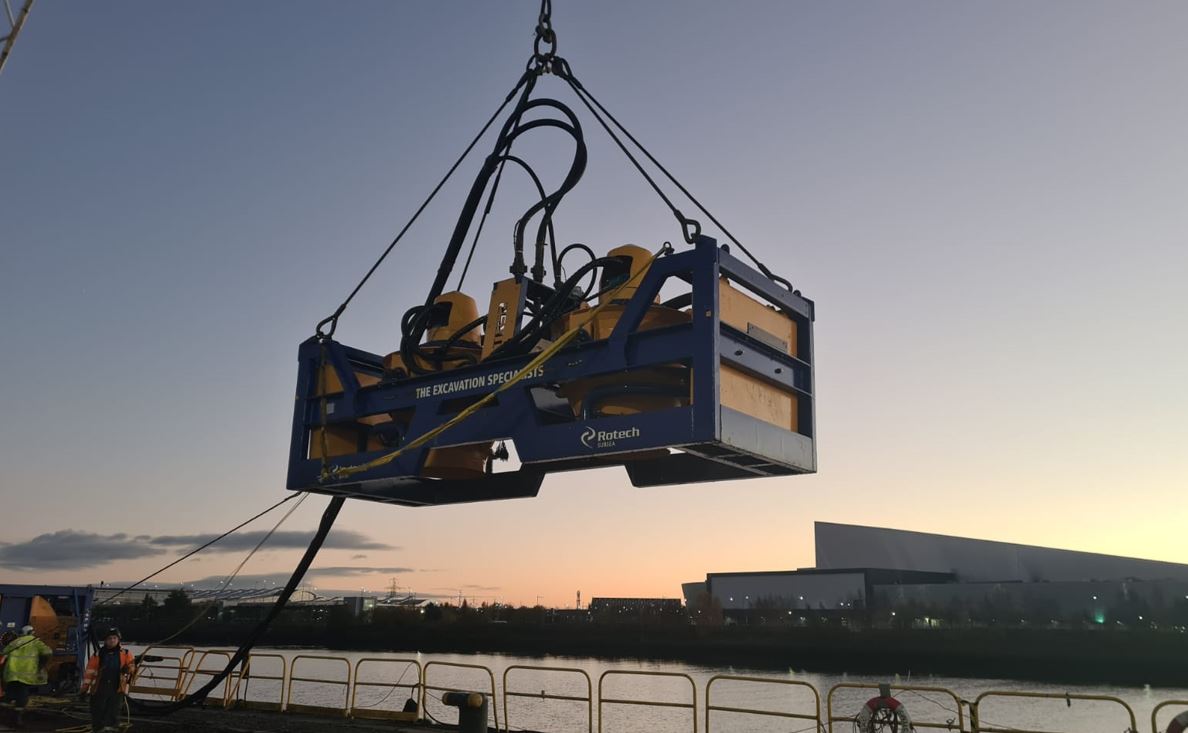 Rotech Subsea has completed the excavation of two deepwater births at a key port on the River Clyde, Glasgow.

They completed the excavation of the 600m2 area to client specification ahead of schedule.

“Rotech’s powerful TRS2 tool was selected to excavate the pits due to its very high flow rate capabilities, which allowed it to disperse the large volume of silt required. The TRS2’s maximum outlet pressure is 60kPa with a maximum jet flow of 8,000L/s,” said the company.

Launched by quayside crane into waters ranging from 10-15m depth, the TRS2 traveled along a pre-planned route suspended by the crane, clearing each pit to a depth of 1.5m in multiple passes within 4 hours.

The cohesion-less silt was excavated out of and clear of the pits with trench depth monitored in real time by a tool-mounted sonar imager.

“This key port berth excavation on the River Clyde was a great example of the versatility of our TRS2 suspended jet trencher,” said Rotech Subsea Director of Subsea, Stephen Cochrane.

“Often mobilised on offshore cable de-burial and post-lay trenching works, due to its unrivalled power, the TRS2 is equally adept in the maritime setting completing sandwave clearances and harbour and dock excavations.”