Callan Marine has announced the launch of its newest fleet asset – the 28” cutter suction dredger (CSD) named The General Bradley.

At 341 feet in length and 52 feet wide, General Bradley will have a maximum digging depth of 60 feet and a dredge pipe diameter of 28 inches.

Also, it will feature advanced production automation and monitoring systems.

“The General Bradley demonstrates our belief in the ship channels and river systems that move our nations cargo and the need for maintenance dredging for years to come. This exciting dredge features the latest technology and expands the capabilities of Callan’s fleet substantially,” said Maxie McGuire, President of Callan Marine.

The General Bradley will join the ranks of Callan Marine’s other dredges: 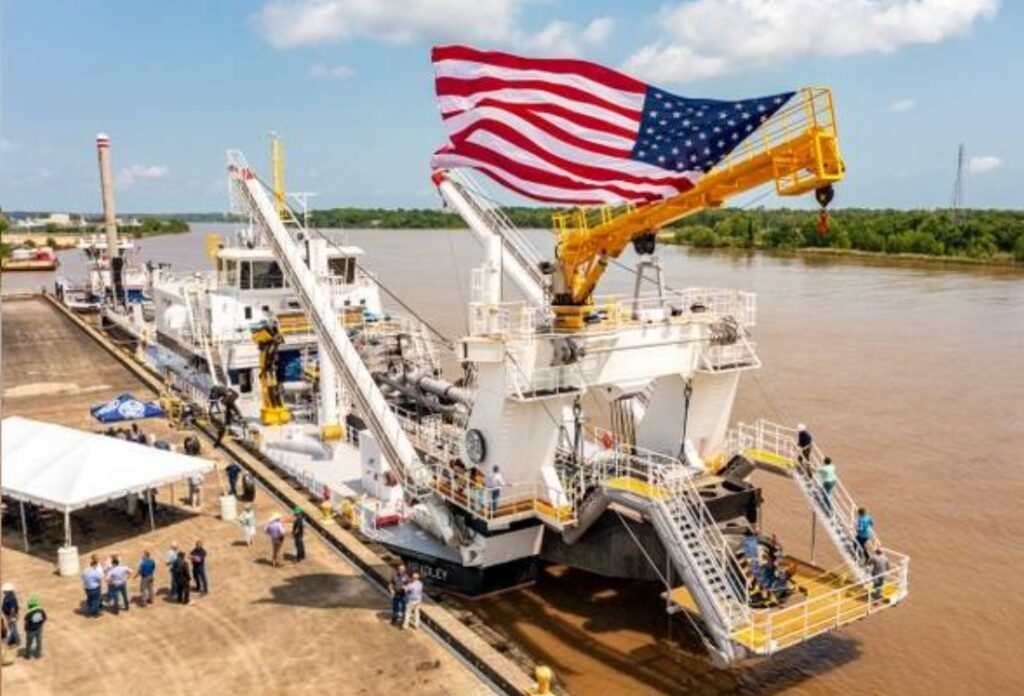