The City of Oceanside Harbor released the latest update on their dredging program yesterday.

Manson Construction has been pumping sand south of the pier for several days, according to the update.

As of Tuesday, May 3rd, approximately 133,000 cubic yards of sand has been deposited on City beaches.

Several additional safety measures, including additional fencing and observers have been added this week.

Also, grunion monitoring has found a high volume on the beaches.

The dredge pipe located under the pier will be removed in anticipation of the large swells in order to protect the public and pilings supporting the pier. 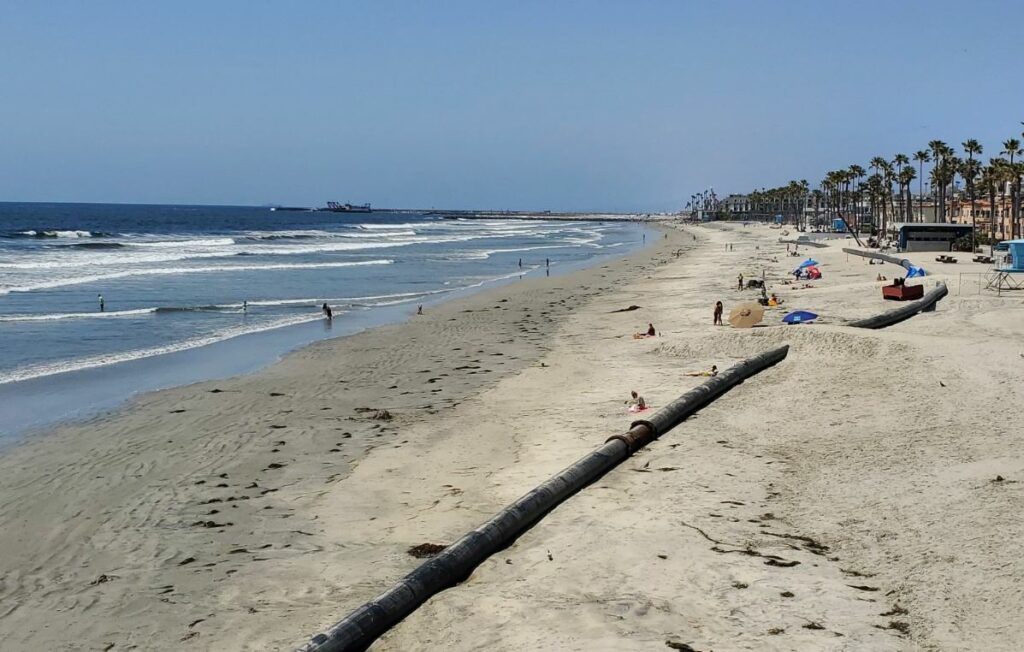