According to Bakker, by increasing capacity of the dredge pumps from 6000 to 7400 kilowatts, the Taurus II now can pump dredge material over greater distances from the stationary position.

At that time, Bakker Sliedrecht modernized all electrical installations on board.

The converted Taurus II will be used as a booster station – ready to pump materials over great distances.

The existing 25 megawatts of power on board had to be used even smarter to cope with this task, said Bakker.

“We have stretched the unused capacity of the electrical installations to the maximum within all safety margins. Upgrading the pump power from 6000 to 7400 kilowatts allows the vessel to move large amounts of sand over large pressing distances quickly,” said project manager Arie de Jong.

Successful completion of the vessel upgrade

The first part of the job was conducted in Sliedrecht, after which the adjustments were implemented and installed on board the CSD in the United Arab Emirates.

The project was successfully completed at the end of February, and Bakker Sliedrecht have already handed over the Taurus II to Boskalis. 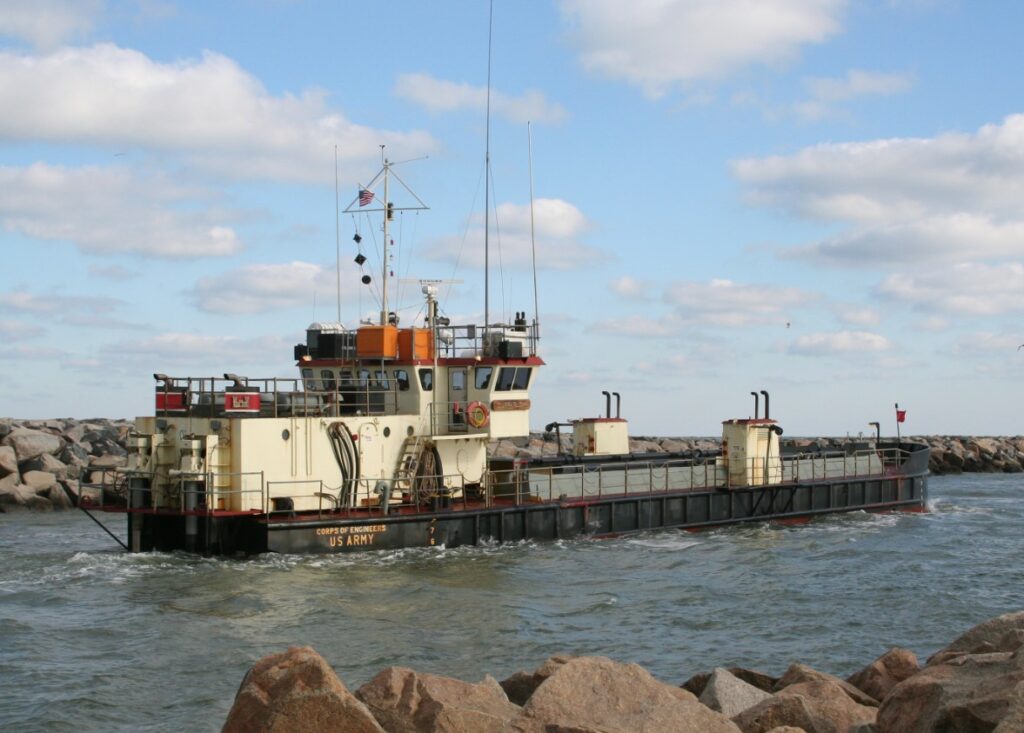