The Department of Infrastructure and Transport South Australia has just announced that night dredging works at Cape Jervis will commence this Wednesday, 1 June, to maintain ongoing safety and access to the harbour.

The works will be undertaken each night between 10pm and 5am for approximately one week, weather permitting, the government officials said.

They also added that during the works Sealink ferry services will not be affected. “However, the boat ramp will be closed from 10pm on 1 June until the works are completed, due to potential navigation hazards while the dredge is in the harbour,” said DIT in the announcement.

While steps will be taken to minimise noise, some noise from anchor handling and diesel engines will be unavoidable.

Dredged materials will be moved to a containment bin before being transferred to trucks. At various stages of the works, civil plant and machinery will be present.

Further dredging of the harbour will be required later this year. 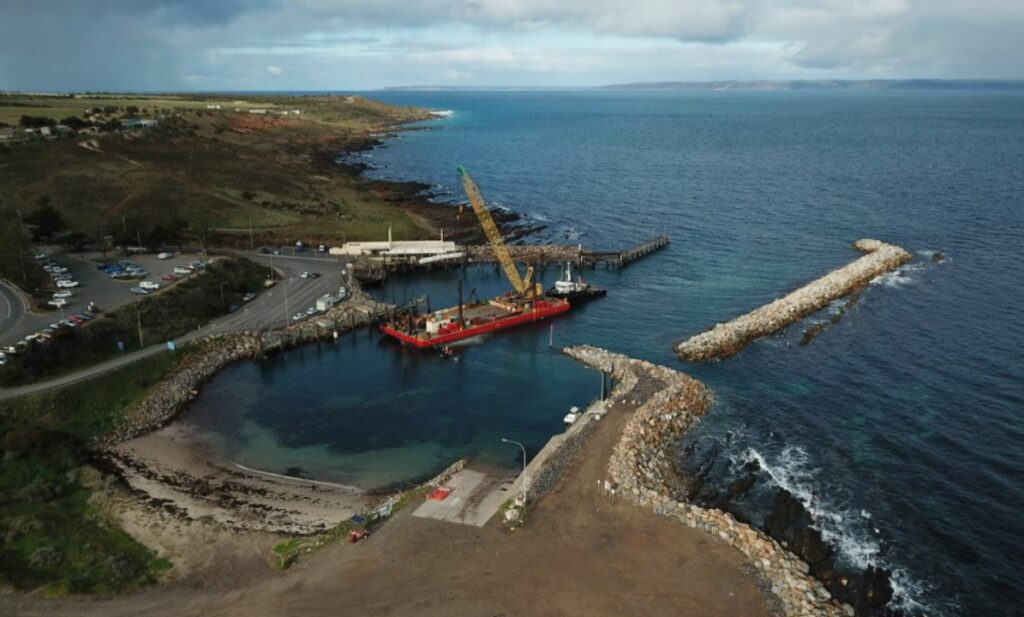