Great Lakes Dredge & Dock Co. has announced that the dredge Ellis Island—which recently suspended operations due to the development of Tropical Storm Colin—has resumed dredging along the shoreline in Buxton.

Beach nourishment began in Buxton on June 30 near the south end of Tower Circle. Due to Tropical Storm Colin, dredging was temporarily paused on June 2, but resumed on July 4.

The Buxton beachfill project will continue heading south until it reaches the southern end of the project area. It will then switch directions and begin heading north from Cape Court.

The project is one of many currently being implemented in Dare County, NC. At the moment beach renourishment works are actively underway within the Town of Kill Devil Hills and within the village of Buxton.

Beach nourishment in the village of Avon is currently paused, slated to resume in early to mid-July. Equipment staging has begun in the Town of Kitty Hawk with construction estimated to begin in mid-July. 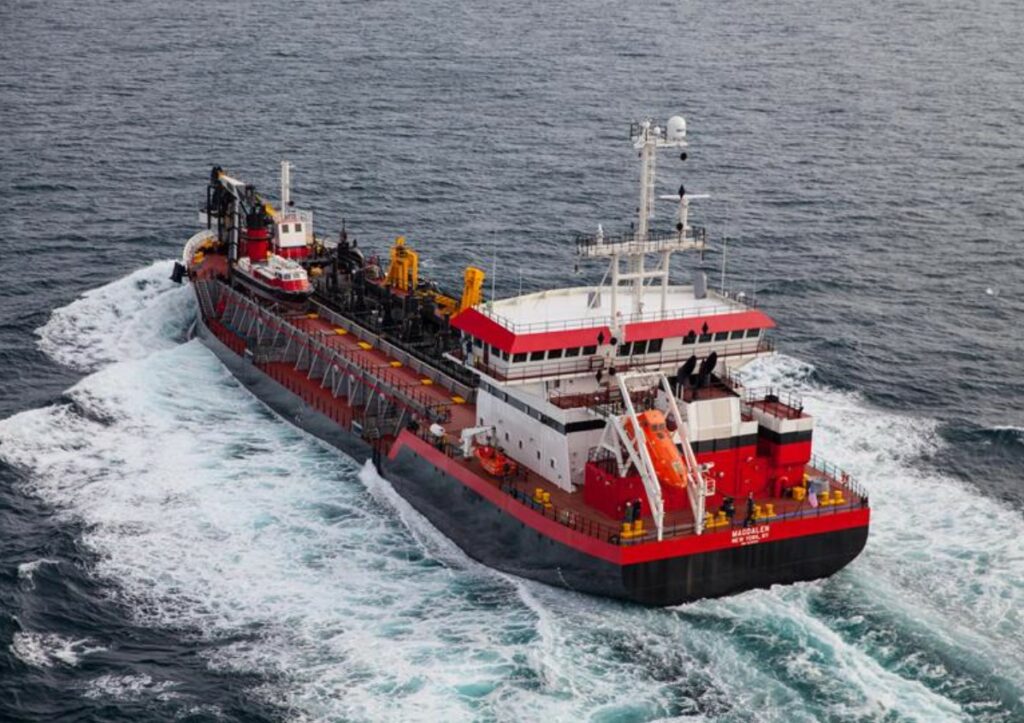