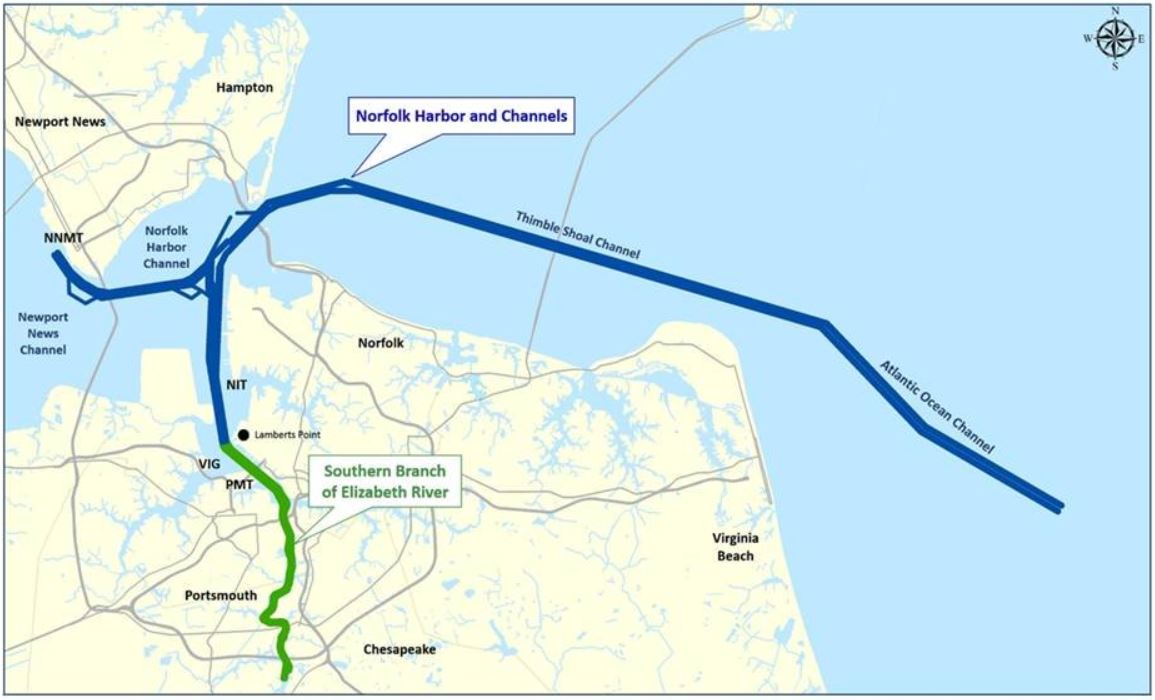 This first Corps contract will include the Newport News Channel and the Norfolk Harbor Channel.

Future Corps contracts are also planned for the Atlantic Ocean Channel and Anchorage F in Hampton Roads, while the Virginia Port Authority (The Port of Virginia) has already started work on Thimble Shoal Channel.

The overall project for widening and deepening the project to accommodate larger and deeper ships making port calls in Hampton Roads, was originally authorized in the Water Resources Development Act of 1986.

In 2018, the District reevaluated the project and a Chief’s Report was submitted to Congress.

Earlier this year, the project was approved for a total of $225 million in construction funds from the Energy and Water appropriations and the Bipartisan Infrastructure Law.

Once this and the later deepening segments are completed, the Port of Virginia will be the deepest port on the east coast and will be able to accept some of the largest container ships in the world.

Spotlight on the Norfolk Harbor dredging project
Posted: 3 months ago
Willoughby Channel dredging project on the way
Posted: 22 days ago
Charleston has the deepest harbor on the East Coast
Posted: about 1 month ago
Advertisement
Related jobs