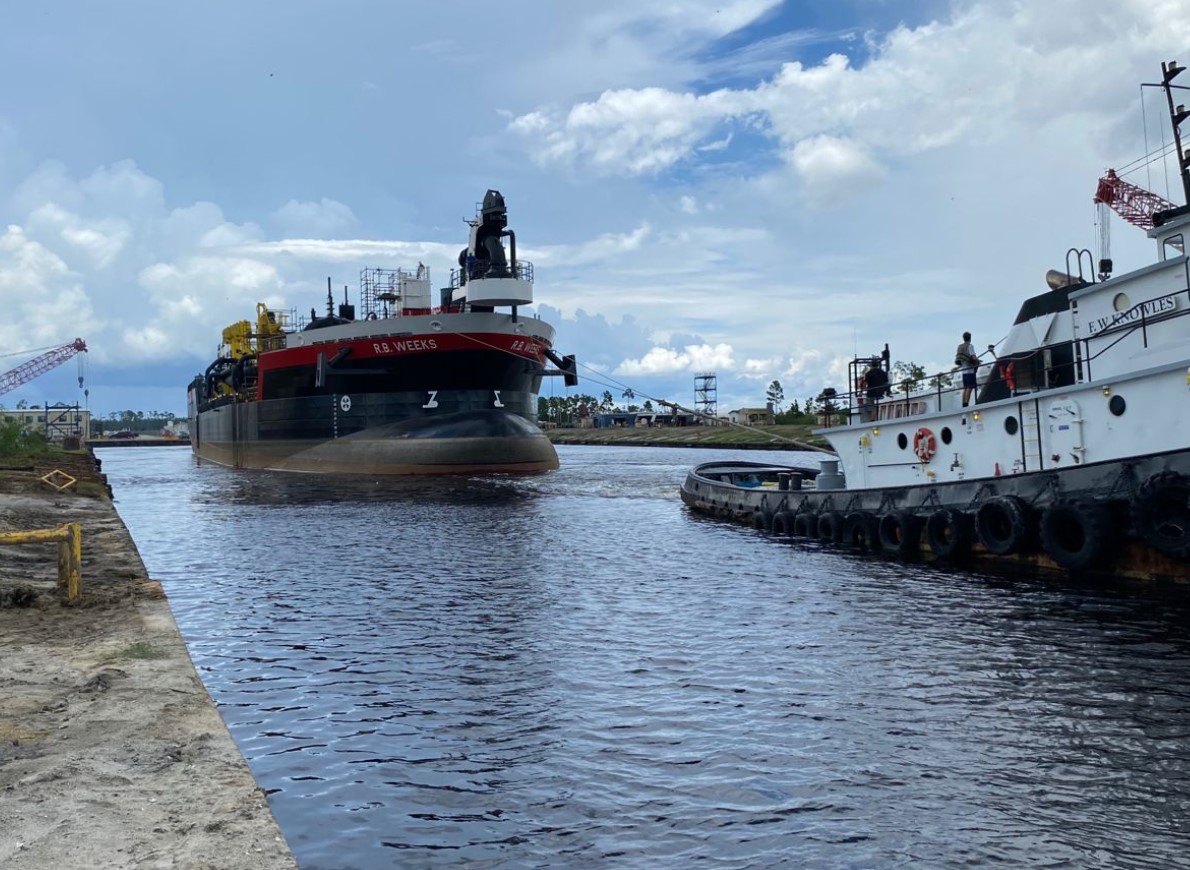 Two and a half months after its official launch, trailing suction hopper dredge R.B. Weeks sailed out of the Murray Bayou, Florida, to begin sea trials.

Over the next several weeks, the sea trials will put to test all major systems of the vessel, pushing the ship to its maximum limits in terms of dredging, speed and steering.

This is the second identical vessel built by Eastern Shipbuilding for Weeks Marine, Inc. TSHD R.B. Weeks will join her sister ship already in service — TSHD Magdalen, delivered in 2017.

Like the Magdalen, the R.B. Weeks will be equipped with Royal IHC designed and built equipment. 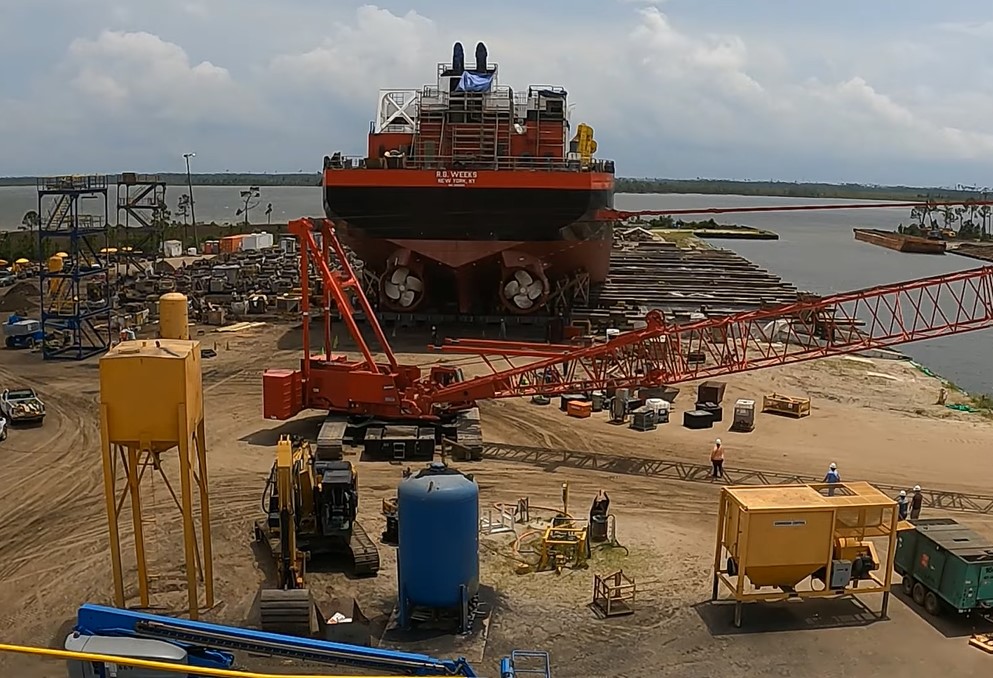