Last month, the Norfolk District awarded Norfolk Dredging Company work on the Channel to Newport News and Norfolk Inner Channel. This marks the fifth of eight awards slated for this project, with the first four granted by the project’s nonfederal sponsor, Virginia Port Authority.

“Out of the pool of four bidders, the district received a competitive low bid that was more than 3% below the Government Cost Estimate,” said Victor Roberts, Norfolk District project manager. “And this supported issuing the base and all optional bid items of the contract.”

Norfolk Dredging received the official notice to proceed for the Channel to Newport News from the Corps, and dredging activities are anticipated to kickoff around December. Per the contract, the period of performance (the amount of time the contractor must finish a project after starting) is nine months, concluding next summer.

Norfolk Harbor Inner Channel dredging is scheduled to begin around November 2024. With a period of performance of 360 days, this section should be complete by the end of February 2025.

According to Roberts, the channels will be deepened to a control depth of -55 feet mean lower low water (the averaged lowest of the low tide, or tides, per day).

At project completion, the inner harbor shipping channel will be the deepest port along the U.S. East Coast. This will allow large-vessel traffic, both commercial and military, to move in and out of the port simultaneously.

“We are very pleased to have this project fully funded, and look forward to delivering its completion,” said Roberts.

Photo: The Port of Virginia/Norfolk Dredging 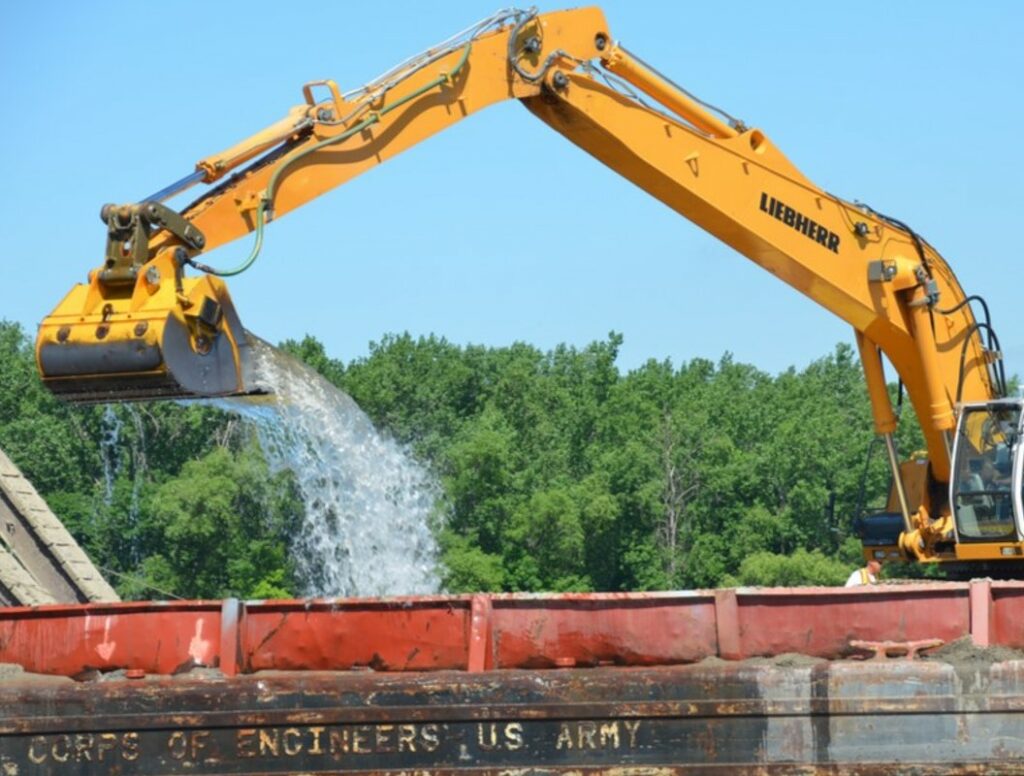