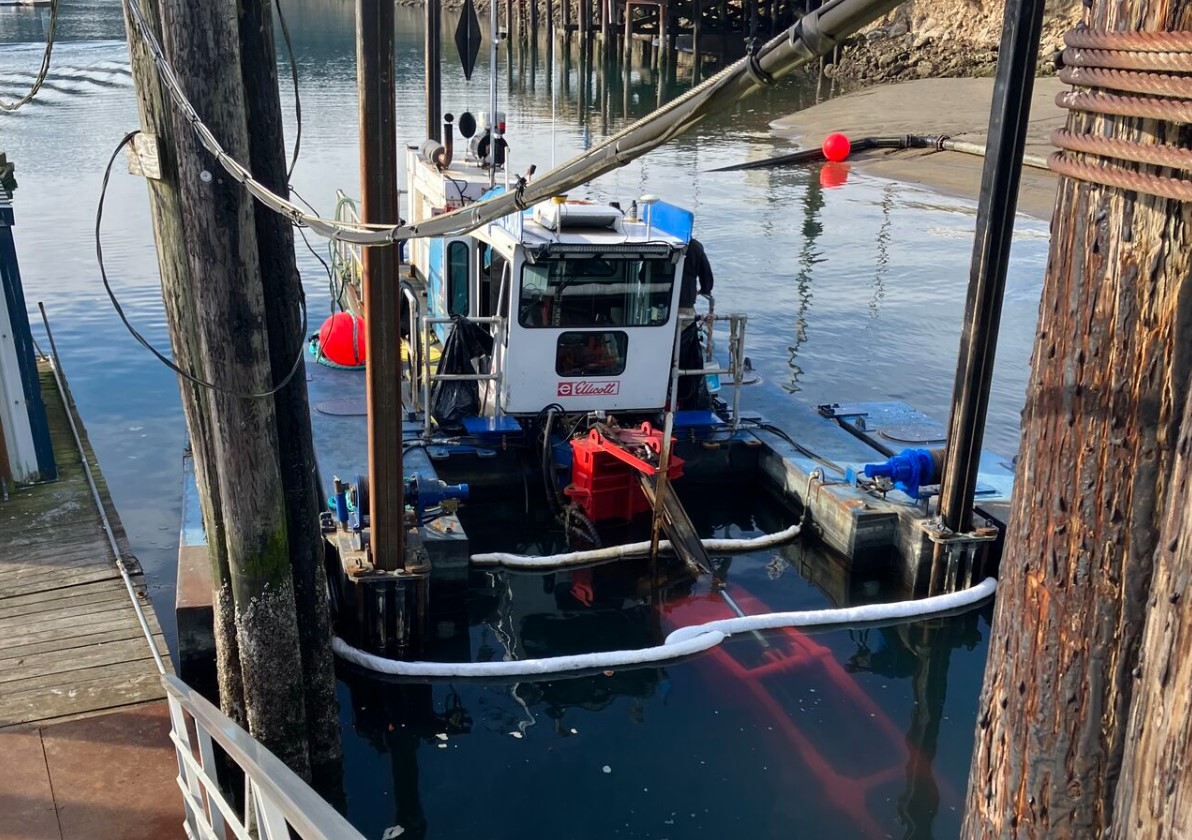 Dredging operations at the Charleston Marina have almost come to a conclusion for the 2022 season, according to the Port of Coos Bay.

Over the last couple of weeks, the crews were busy conducting dredging near the Point Adams Facility, near B Dock, and near the OIMB Dock.

The project was undertaken by the State of Oregon owned dredge “THE LAURA”. She is an Ellicott-360SL swing ladder suction dredge utilized for various projects throughout the State, especially along the south coast to dredge launch ramps and marinas.

During the works, around 20,000 cubic yards of dredge sediment was removed from the Charleston Marina Complex, reported the Port of Coos Bay. 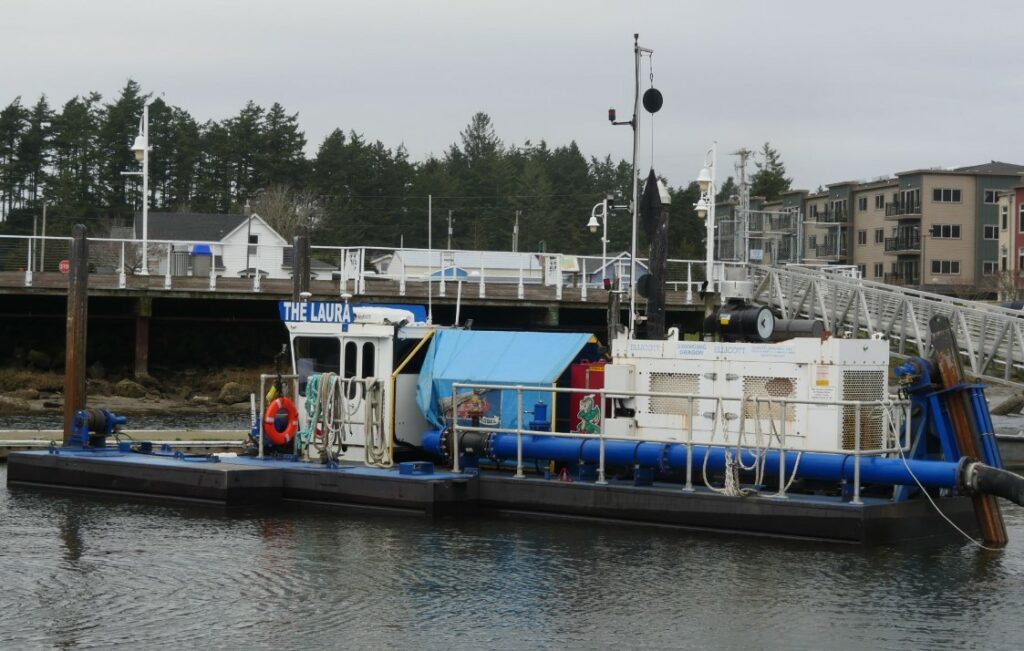