To meet the client’s requirements, Damen has executed a swift, efficient turnaround of the order. The vessels, a Damen Stan Tug 2608 and a Cutter Suction Dredger CSD350 are completed and underway.

Damen Sales Manager Pieter Becker signed the contract for the Stan Tug 2608 on 2 September this year, during a maritime trade mission to Nicaragua organised by the Netherlands Council for Trade. The contract for the dredger followed shortly afterwards on 15 November.

Mr Becker: “For the client, the delivery time was the most important factor. Building proven vessels from stock, we’ve been able to meet EPN’s requirements very quickly.”

The Stan Tug 2608, named El Danto, was built at Damen Shipyards Gorinchem. She is currently on her way to Nicaragua, sailing on her own keel and is expected to arrive in the country’s largest port, Puerto Corinto, on 26 December.

“The port already has smaller Damen tugs in its fleet,” says Mr Becker. “Now, though, they need a more powerful harbor tug, to work with the largest vessels the port handles. The Stan Tug 2608, with a 47 tonne bollard pull, is a perfect fit for the job.”

Damen built the CSD350 at Damen Dredging Equipment Nijkerk. The vessel is travelling to Nicaragua disassembled, with loose parts in containers. The dredger is expected to arrive in the country at the end of January 2015, after which she will be assembled and launched.

“EPN will put the vessel to work on a number of projects,” states Mr Becker. “These include maintenance work in Puerto Corinto, on several rivers and on Lake Managua.” 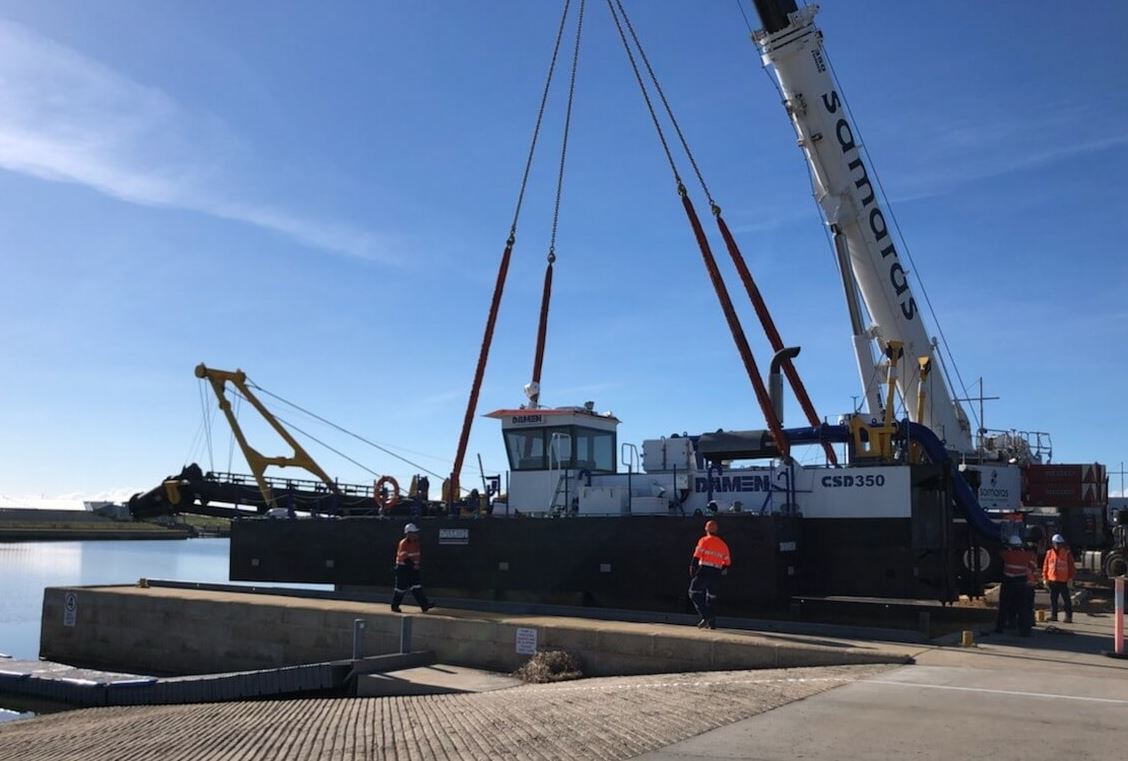 Damen Raises the Bar in South Australia
Posted: over 2 years ago
Damen CSD350 commissioned in Brazil
Posted: 2 months ago
Damen Trio Delivered to UAE
Posted: about 1 year ago
Advertisement