Lakelands Concrete Products, located in Livingston County (Lima, NY), is in the midst of a high profile project producing almost 1,000 precast concrete dolosse to be used for the Port of Oswego breakwater/shoreline protection program.

These 32,000 pound a piece concrete structures were designed by the U.S. Army Corps of Engineers to help rebuild and protect the Port of Oswego after damage sustained during Hurricane Sandy.

The flutes that make up each dolos are 11’-0” long and 42” diameter. The center stem of each unit has 42” diameter. Each dolo is comprised of eight yards of concrete, cylindrical shaped rebar reinforcement cages, and lifters. According to Lakelands, this is the largest dolos project of this structure size, ever taken in North America.

Lakelands began actual production of the dolosse in late January. After the first unit was produced, the company was required to perform an Initial Destructive Test. Concor Precision, out of Brewerton, NY, was contracted to perform this unique concrete cutting. During the seven day testing, which was observed by the the Army Corps designers and inspectors, the product showed remarkable strength of 7000 psi.

Beginning on June 15th, Lakelands will work with their partners to transport thirty dolosse per day to the Port of Oswego. Once the dolosse arrive in Oswego they will be loaded onto a massive barge and carried out into the port, along the breakwater area.

Using slings, they will be lowered into the water and strategically placed on the newly constructed stone bed. The placement of each will be carefully monitored by USACE with the use of a French designed GPS sonar system. As each phase of dolos placement progresses, the underwater area will be mapped and recorded. The mapping will be used to monitor any movement and stabilization of the new wall protection.

Oswego Port, the first U.S. port of call on the Great Lakes, has three separate breakwaters totaling more than 10,000 feet in length. This reconstruction project will focus on the 7,000 foot long west breakwater protecting the entrance to the Port. The project, totaling nearly $19 million will start early summer 2015. 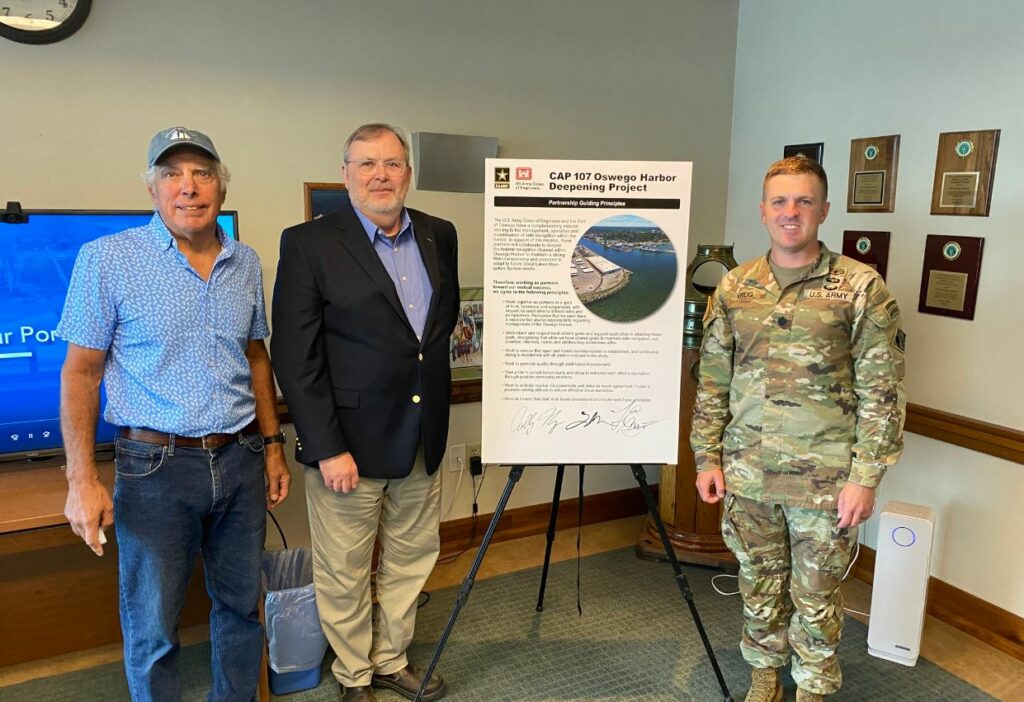