A Damen cutter suction dredger (CSD) 350 has been delivered from Damen Dredging Equipment in Nijkerk, the Netherlands, to start work on a canal dredging assignment in the province of Groningen, in the north of the country.

In order to execute the project, which involves the extraction of approximately 220,000m³ of sediment from the Winschoterdiep canal, the Netherlands-based marine contractor Heuvelman Ibis required a heavy-duty dredger at short notice.

Two Damen BS 350 booster stations to enable pumping over long distances were also included in the order, placed in January.

Prior to delivery a number of options were added to the CSD 350 so as to optimize it for the project. These included a spud carriage pontoon to further boost production, and also the addition of anchor booms to allow  unassisted re-positioning. A complete production measurement system has also been installed.

“The result is a compact, highly efficient and accurate dredging machine. These options have not previously been offered on a CSD 350, but having been developed for this order will now become standard options for future clients,” Damen said.

The dredger was towed to Delfzijl, a journey taking 48 hours, to await deployment while the booster stations were transported by road. Final assembly took a week, followed by a few days of testing, after which the dredger was fully operational.

The fulfilment of the order, including designing and installing the options, and general finishing, took just 3 months, Damen said. 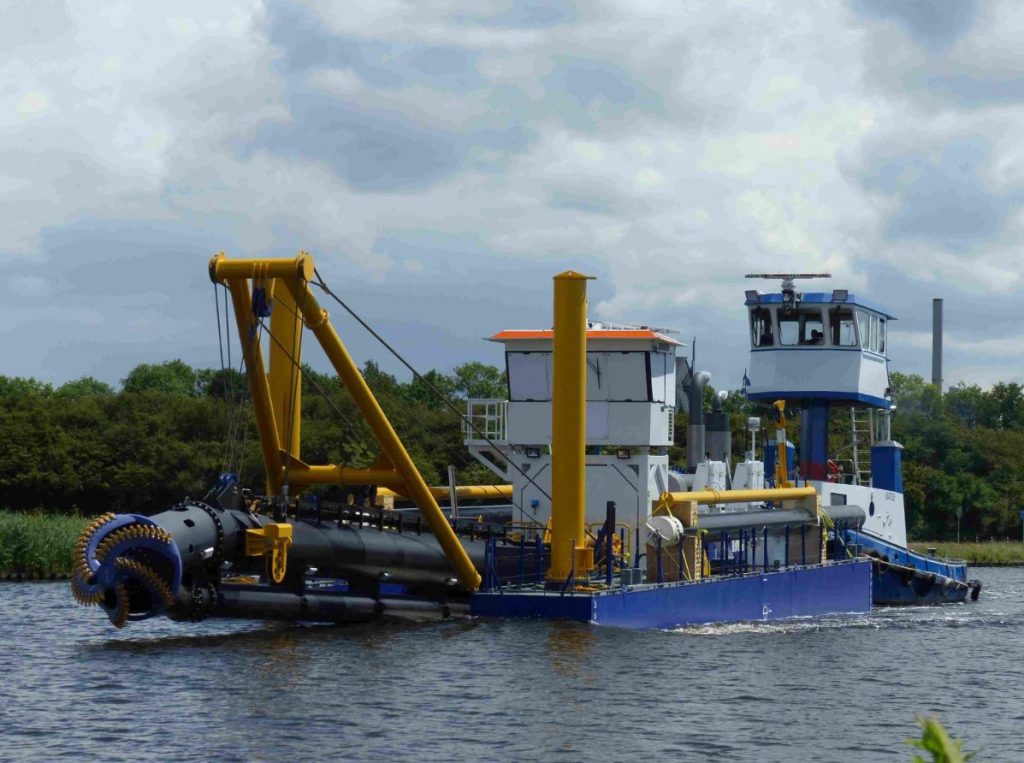