New coastal defenses are being built as part of the North Portsea Island Coastal Scheme which have been designed to reduce the risk of coastal flooding and erosion to the area over the next 100 years.

To increase the flood risk management in this area, the seawall height will need to be increased by approximately 1.4m from the current levels. This phase of the works will be from the Mountbatten Centre, Twyford Avenue to the Ports Creek Roundabout and will form Phase 3 of the North Portsea Island works.

Phase 1 of the works was at Anchorage Park and completed in August 2016, Phase 2 took place at Milton Common and completed in October 2016. The remaining phases of work will be under construction until 2022.

In April 2017 Eastern Solent Coastal Partnership (ESCP) arrived on site and began the set up works. These included building a new temporary haul road between Alex Way and the main compound located at the north-western corner of Alexandra Park.

Once the site was established ESCP started construction of the final sea defenses. This has included driving several hundred steel sheet piles that will form the foundation of the new walls. When the concrete wall is in place, these piles will be cut down and buried under the foreshore.

Over the coming weeks ESCP will be continuing to drive piles and starting work on the concrete elements of the wall. The reinforced concrete wall will be built in-situ using concrete brought in by road so there will be a number of concrete wagons delivering to site. 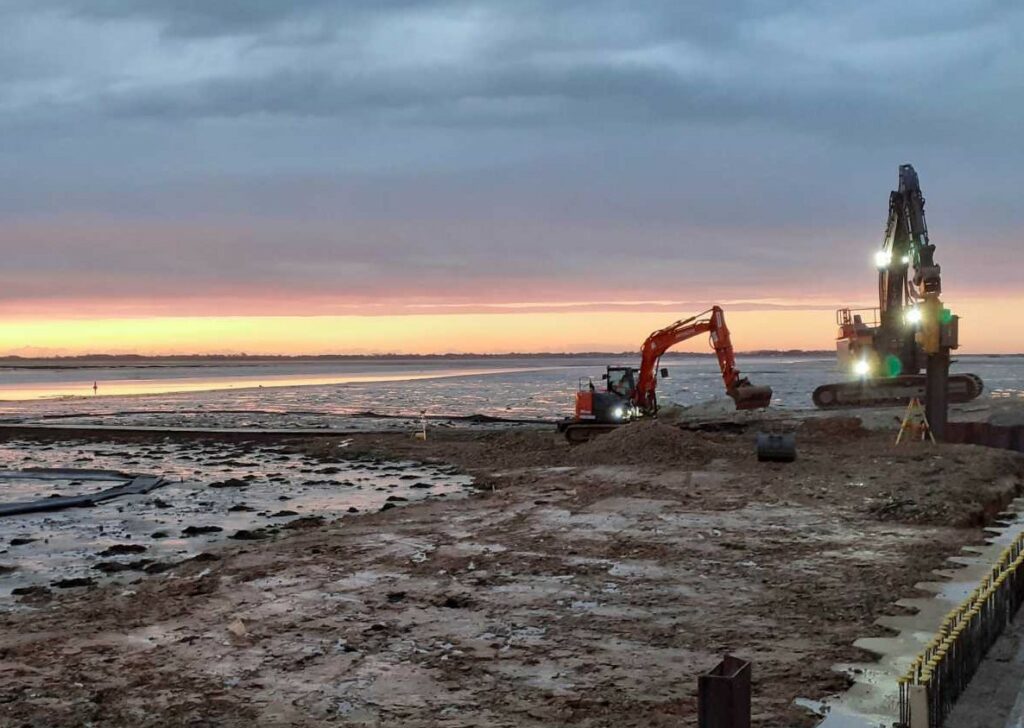