The U.S. Environmental Protection Agency said in its latest release that their dredging and capping pilot project will begin this week as part of its overall cleanup of the Gowanus Canal Superfund site in Brooklyn, New York.

Starting in the next couple of days, equipment will be brought in to support the dredging and removal of  approximately 22,000 cubic yards of contaminated sediment in the Gowanus Canal’s Fourth Street Turning Basin (located at the intersection of 4th St. and 3rd Ave).

“This dredging pilot project represents a huge and critical step toward the full scale cleanup of this badly contaminated canal,” said Catherine McCabe, Acting EPA Regional Administrator. “It took decades of discharges, sewage, and industrial pollutants to make the Gowanus Canal one of the nation’s most seriously contaminated water bodies. It will take years to nurse it back to health but we are making steady progress.”

The project includes installation of steel sheeting to support existing bulkheads during the pilot project. EPA will also monitor air and water during this project. Work is expected to continue through the spring of 2018.

The EPA has divided the Gowanus Canal cleanup into three segments that correspond to the upper, middle and lower portions of the canal.

In the third segment, which runs from the Hamilton Avenue Bridge to the mouth of the canal, the sediment is less contaminated than in the other segments. 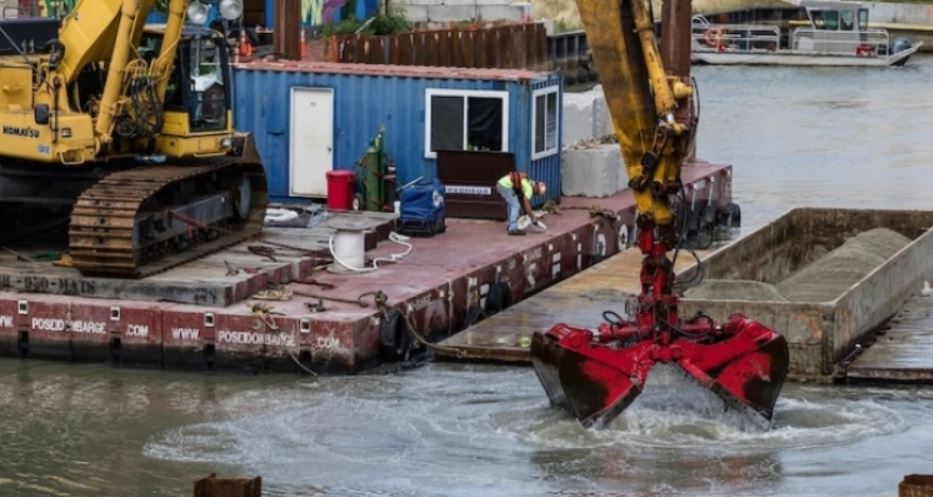