Royal Boskalis Westminster N.V. recently released a video about the installation of Dolwin Gamma platform in the German part of the North Sea.

Dolwin Gamma, part of the 900MW DolWin3 offshore grid connection system, is a daughter platform to the DolWin alpha and will be connected to it via a fixed bridge.

The platform converts the AC produced by the wind farms into DC, which is transported via submarine and underground cables to the onshore converter station Dörpen West, where the reconversion into AC takes place.

For the project, Boskalis engaged a fleet of vessels including one of its trailing suction hopper dredgers, the TSHD Shoalway, AHTS Union Bear, DPFV Rockpiper, DSV Constructor, etc. 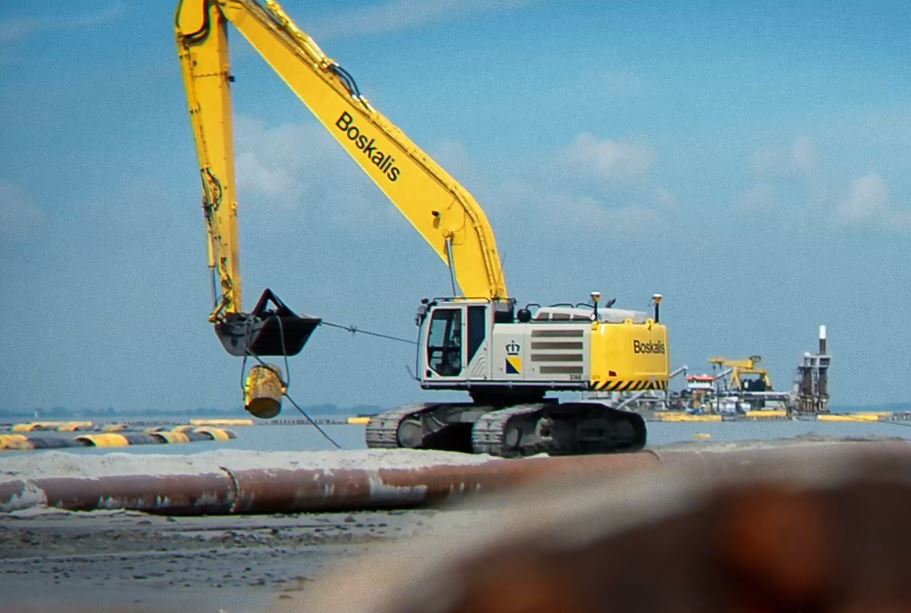