Work has begun at Damen Shiprepair Dunkerque on the conversion of the trailing suction hopper dredger (TSHD) Samuel de Champlain from diesel-electric propulsion to dual-fuel capability combining MGO and LNG.

A ceremony was held at the yard to mark the first cutting of steel for the prefabrication of a new section of hull that will hold the new generators and other equipment. 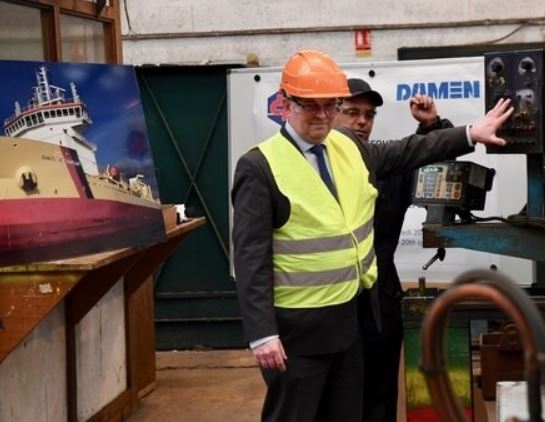 DSDu CEO Mark Jan van den Akker made a welcome speech in which he noted that the Samuel de Champlain is the first such conversion to be done by DSDu and “the yard is proud to be at the forefront of this transition”.

Jean-Pierre Guellec joined him in celebrating this ground-breaking event, noting that it is the first such conversion in his fleet and the first of its kind in Europe, and expressed his pleasure in undertaking this project in partnership with DSDu.

Under the contract, Damen is delivering a turnkey package that includes engineering, procurement and support. Engineering studies are being subcontracted to LMG MARIN FRANCE.

The current propulsion system of the Samuel de Champlain is diesel-electric burning MGO, and so the package includes the change of generators to dual-fuel models and the installation of onboard LNG storage facilities.

Samuel de Champlain was built in 2002 and is the largest vessel in the GIE Dragages-Ports fleet. Based in the Grand Maritime Port of Nantes-Saint-Nazaire, she divides her time between the Loire and Seine estuaries.

The conversion is part of an EU-supported initiative to promote LNG propulsion in short-sea vessels operating along the European Atlantic coast and is being made possible by a subsidy from the European Commission’s Innovation and Networks Executive Agency (INEA) via its Connecting Europe Facility program. 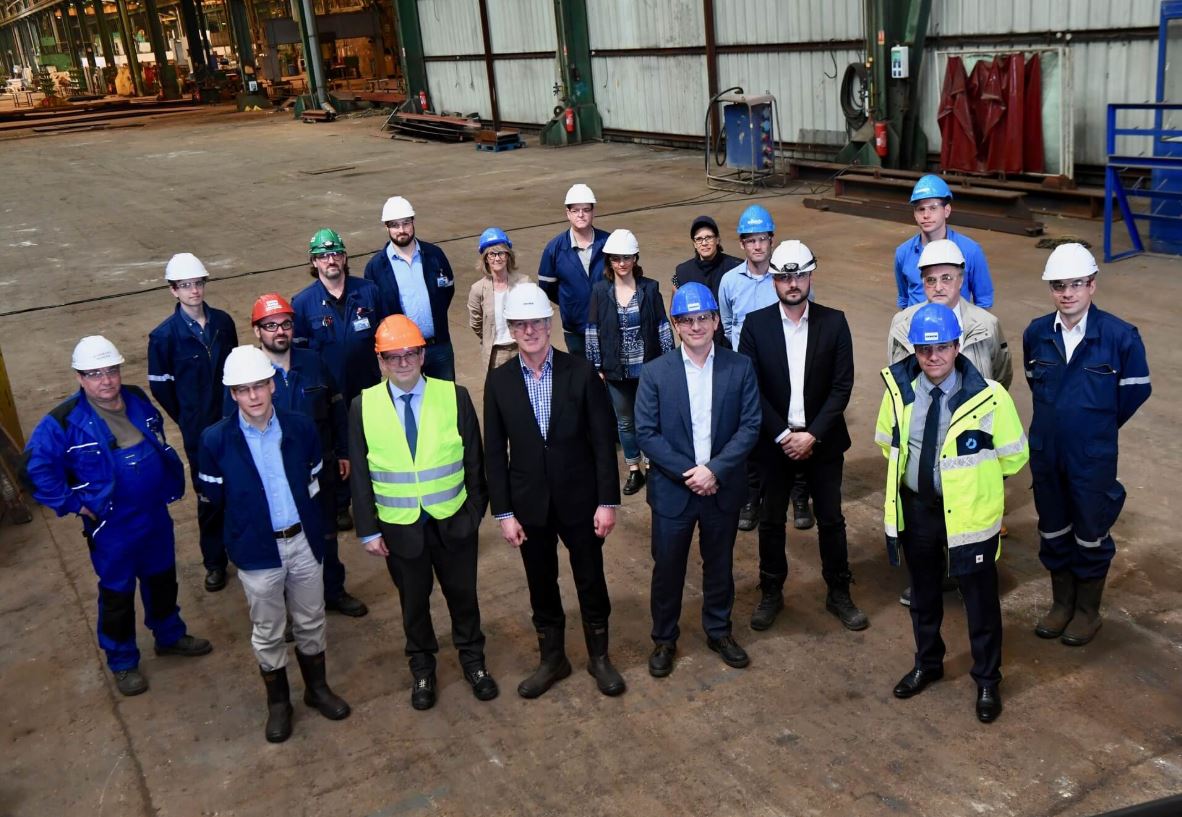