The construction of the lock gate chamber of the outer head, which is part of the IJmuiden Sea Lock Project, is scheduled for near completion in June, reports the Port of Amsterdam.

The diaphragm walls for the guard walls will also be constructed this month, just like the flood defense between the new sea lock and the North Lock, added the Port.

This month, the outer head lock gate chamber will get close to its final dimensions. With its four meters thick floor, the underside of which lies at 5 meters below NAP (Amsterdam Ordnance Datum) and its six meters thick walls with a height of 17 meters above NAP, it surely is an impressive structure. Its total floor area is 26 by 80 meters.

Once the required dimensions are reached, preparations can be made to sink the outer head lock gate chamber; this sinking operation is planned for later in the summer.

Work activities are also taking place in preparation for the construction of the guard wall. This is a concrete wall along the approach channel to the new sea lock.

The concrete structure of the guard wall is situated on the north (i.e. seaward) side of the Middle Lock. In June, the diaphragm walls for the future guard walls will be built on that side of the Middle Lock. The concrete structure will be built by excavation in the ground after which it will be anchored and built up until the required flood defense height of 8.85 meters above NAP in accordance with newly adopted regulations.

After that, everything north of that new concrete structure will be excavated to form the future outer approach channel to the new sea lock.

Between the new sea lock and the existing North Lock, a new flood defense is being built. In the future, a double concrete wall will be situated between the two locks. This double wall, with a height of approximately four meters, will act as a flood defense. 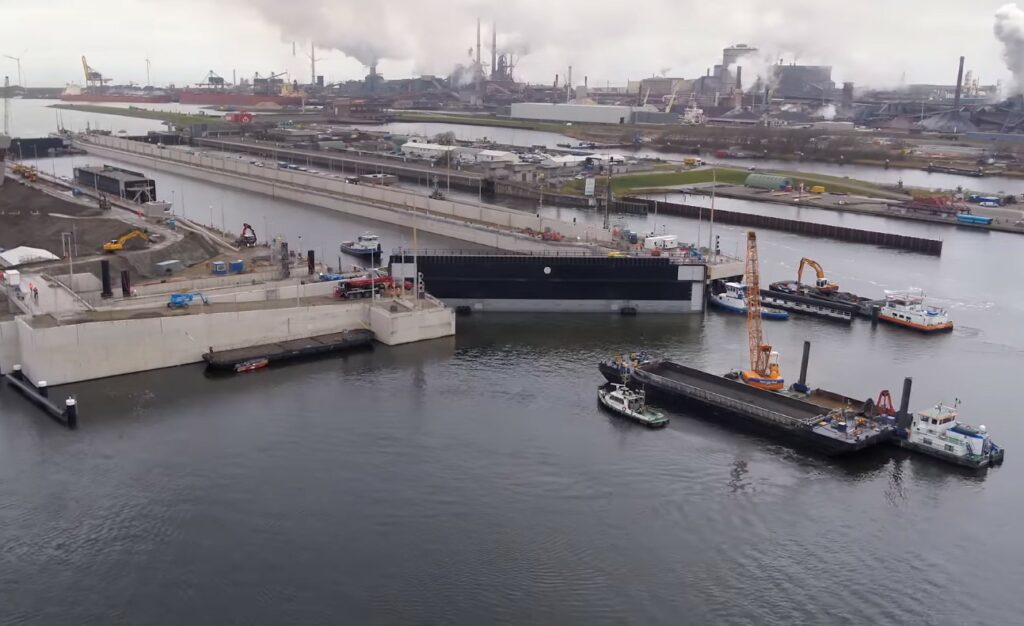