A ton of work – around 23,000 tons – is being done on the MI-1 4th Avenue phase of the Mouse River flood protection project in City of Minot, ND, in the form of rip rap, according to the latest project update.

Rip rap is the big rocks that are being placed along the banks of the Mouse River to prevent it from eroding, to keep it stable during high and low waters.

The contractor – Park Construction – has reached about 65%-70% completion on the total placement of the rip rap. Once winter settles in, they will finish the job next year.

The placement of the rock is being done primarily by a long reach excavator.

The Mouse River Enhanced Flood Protection Project began in 2011 and will reduce the risk of future flooding throughout the entire Mouse River Basin.

In the seven years since its inception, the project has created a Preliminary Engineering Report, a number of associated alternatives studies, project scaling, implementation plans, funding planning and acquisition, and progressed several phases through design and into construction. 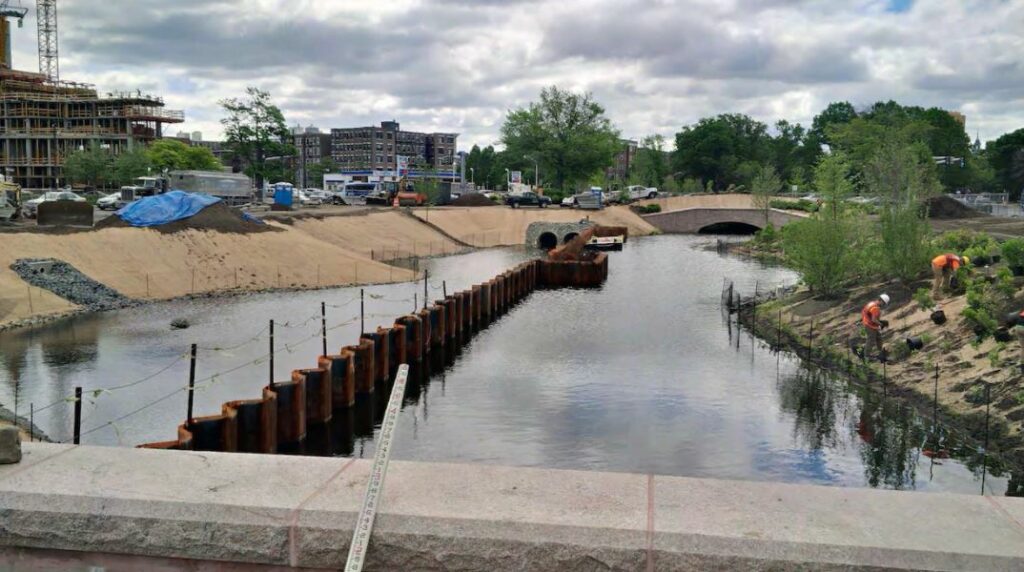