The Isle of Man Department of Infrastructure is progressing with its plans to begin the removal of silt from Peel Marina in spring 2019.

About 3,000 tonnes of silt enters the marina from the River Neb each year, containing traces of heavy metals and other contaminants, largely as a result of historical mining operations, reported the government yesterday.

Officials also added that, if dredging does not take place, the accumulation of silt threatens the closure of a number of berths within the marina, which was last dredged in 2015.

A Peel Marina Project Board was established in May 2017 to examine the issue, chaired by Tim Baker MHK, Member for the Department of Infrastructure with responsibility for Ports.

A number of solutions have been considered during the intervening months, in partnership with the Department of Environment, Food and Agriculture, balancing the need to maintain the marina with the cost to the public purse and Government’s responsibilities to the marine ecosystem and the Island’s commercial fishery.

Mr Baker said: “The project board has considered a range of options to address this challenging issue. Plans are progressing well to begin removing silt next year, with an innovative solution which will address the issues of Peel Marina at the same time as providing wider environmental benefits.”

“The proposed scheme has the support of the Council of Ministers and Treasury and we expect to be in position to submit a planning application before the end of the year. I look forward to being able to share full details of exactly how the process will work in the near future,” Mr Baker added.

A proposed scheme has now been agreed and specialist external consultants appointed. A Prior Information Notice has now been placed on the Isle of Man Government Procurement Portal seeking expressions of interest from contractors who are able to carry out the dredging and construct a temporary lagoon to remove the water. 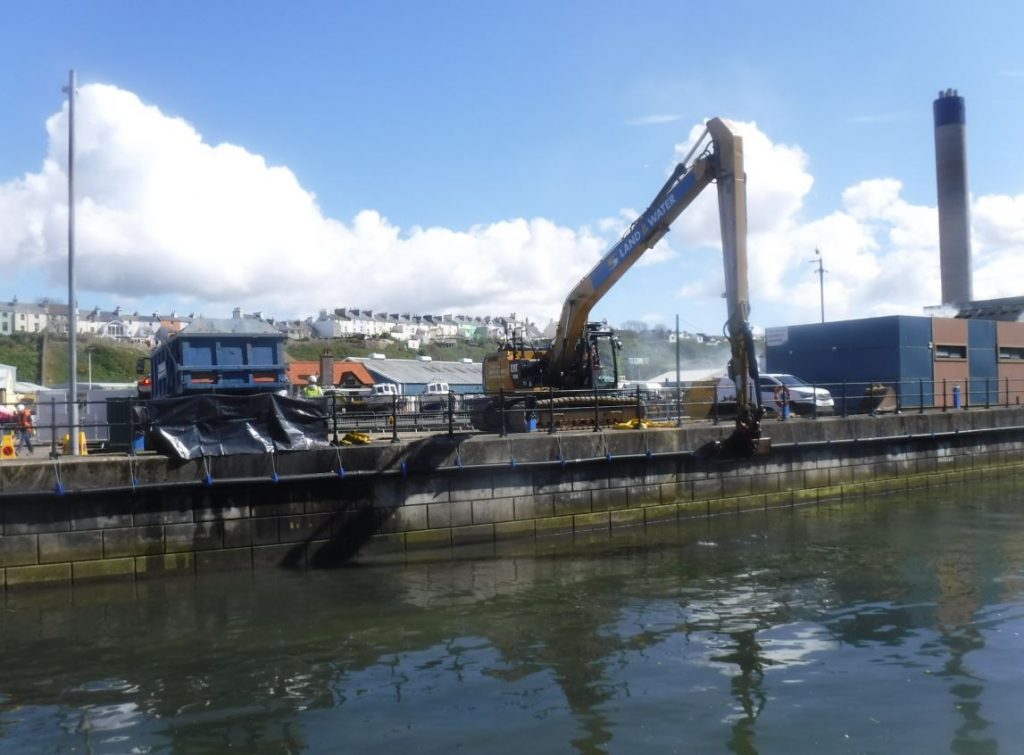