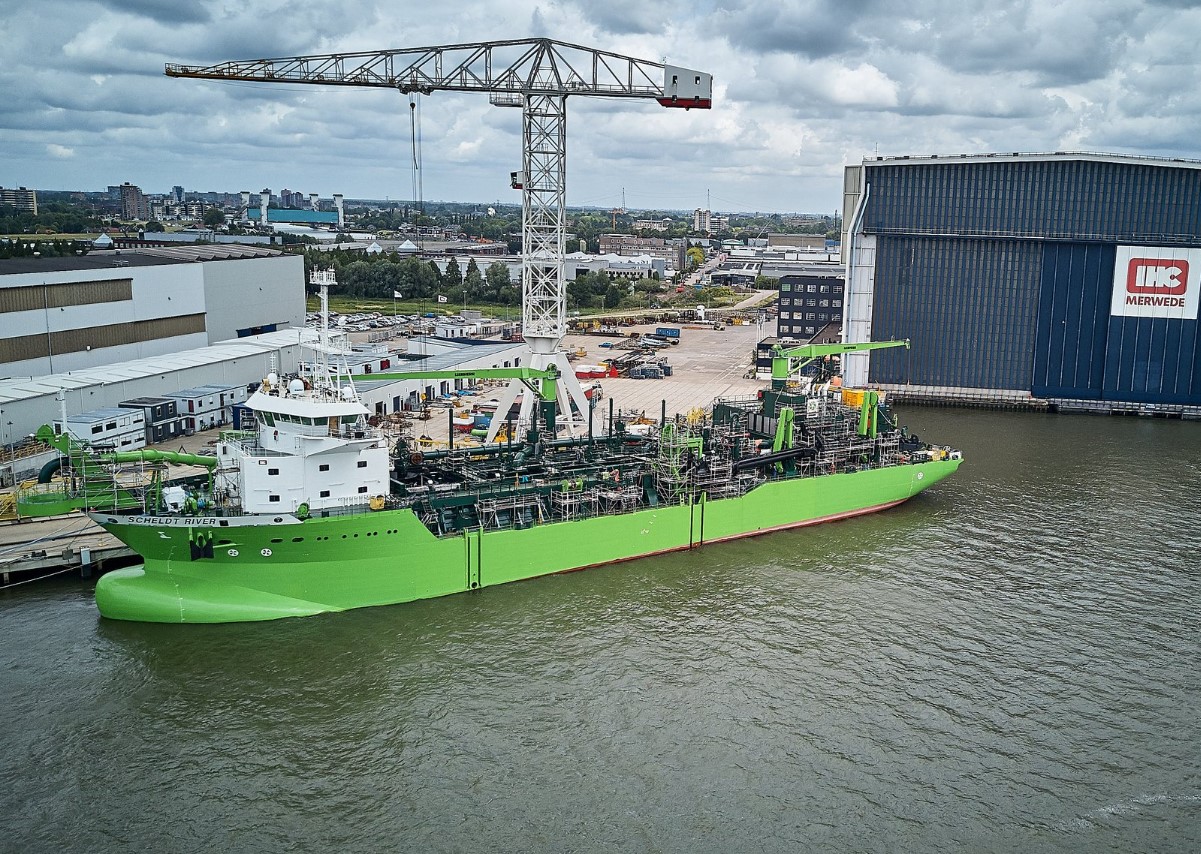 With the 2018 dredging season now behind us, Dredging Today presents a recap of the most popular stories from the past year.

Damen has begun work on the construction of an innovative dredging system for the first Marine Aggregate Dredger (MAD).

Royal IHC has secured a contract from Belgium-based DEME for the design and build of four new vessels.

Boskalis said in its latest release that they will be executing the dredging scope for the development of the first large-scale LNG export facility in Kitimat, Canada (LNG Canada), following the final investment decision by the shareholders earlier today.

KNVTS Ship of the Year Award Goes to SCHELDT RIVER

Royal IHC has been awarded the KNVTS Ship of the Year award for the 8,400m³ trailing suction hopper dredger (TSHD) SCHELDT RIVER, designed and built for DEME.