The construction activities on the site of the new sea lock in IJmuiden are in full swing, according to the latest update from the Port of Amsterdam.

The report said that more than 200,000m³ of concrete have now been poured and still more will be poured in January and February, including concrete for the inner lock head and for the lock chamber.

Also in January and February, work will continue on the completion of the lock gates and on the local control buildings – which are now taking shape, reported the port.

The lock gates have arrived in the Netherlands

After a 44-day voyage from South Korea via Cape of Good Hope, the lock gates for the new sea lock finally arrived in the Netherlands on 6 December. The lock gates – floating in the water – will be transported by tug from Rotterdam via IJmuiden to the OpenIJ Logistics Centre in the port of Amsterdam as soon as the weather permits. One lock gate will be moored in the lock chamber of the new sea lock to be completed on-site. The other two will be completed in the port of Amsterdam.

Cofferdam for the lock sill

As soon as the lock gate has been moored in the lock chamber of the new lock, the cofferdam for the lock sill will be closed. This will create the necessary space for the construction of the lock sill opposite the inner head.

Also in the coming period, work will start on the construction of the local control buildings situated on both sides of the Lock Operation Centre. One will be built near the inner lock head; the other near the outer lock head. The lock gates can be operated and controlled from these buildings.

Cofferdam for the lock sill 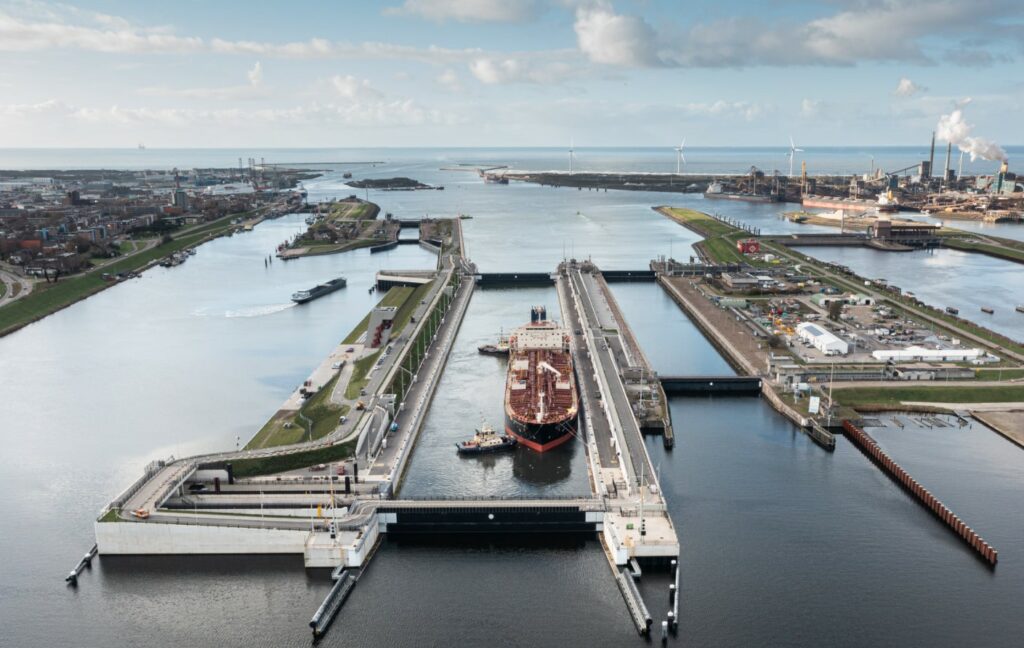