J.F. Brennan Company, Inc. has just announced that their newest dredge, the shiny ‘Kevin Zenke’ is currently operating on its first job site.

The dredge is working on the highly-anticipated Lake Zumbro dredging project in southern Minnesota.

The Lake Zumbro scheme includes dredging at nine specified locations to remove accumulated sediments and transport these sediments to a disposal site east of the lake.

The dredged material will be placed onto an 80-acre piece of land approximately 1.5 miles away from the dredging area.

The Lake Zumbro was created in 1919 following completion of the Lake Zumbro Hydro Project which dammed the south and middle forks of the Zumbro River north of Rochester, Minnesota. Sediment transport and deposition since construction of the dam has resulted in a significant accumulation of sediment within several areas of the lake.

Work on the Lake Zumbro dredging project is expected to last for 3 or 4 months.

As Olmsted County reported earlier, the project has a completion date of December 31, 2019. 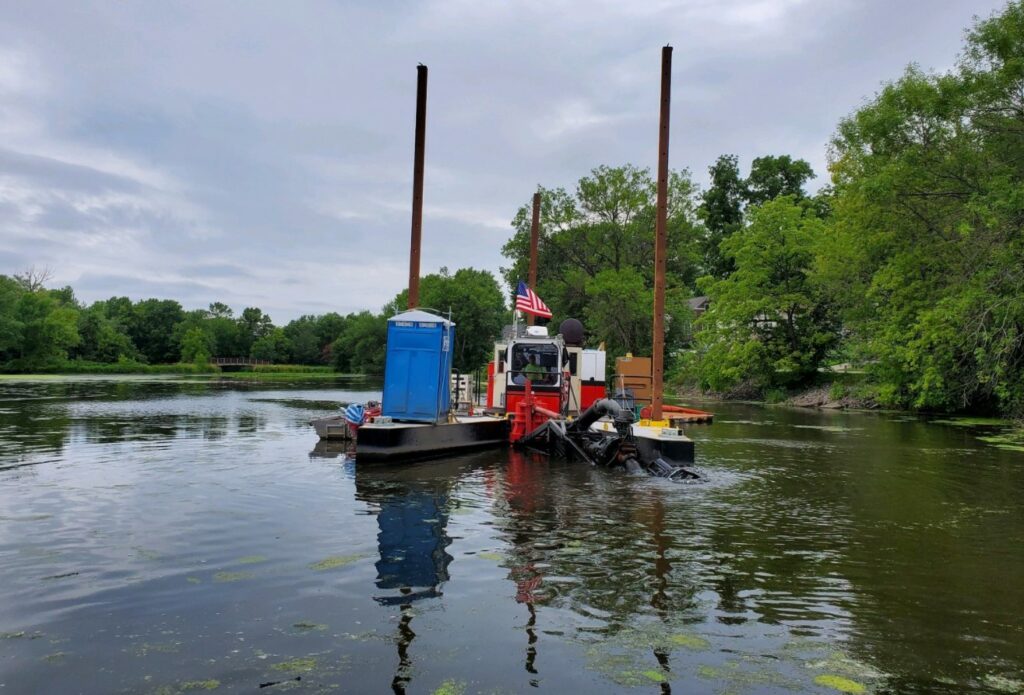