The Port of Virginia and Weeks Marine of Cranford, NJ, have signed a $78 million dredging contract to make this port the deepest one on the U.S. East Coast.

According to the Virginia Port Authority (VPA), this is the contract for the first phase and the total cost of the project, including the preliminary engineering and design work, is $350 million.

The work includes dredging the shipping channels to 55 feet – with deeper ocean approaches – and widening the channel to more than 1,400 feet in specific areas.

When dredging is complete in 2024, the commercial channels serving the Norfolk Harbor will be able to simultaneously accommodate two, ultra-large container vessels.

“When the work is complete, Virginia will be the only East Coast port with the capability to handle the biggest container ships afloat today,” VPA CEO John F. Reinhart said.

“Our trade with Asia is expanding and the ships working the Asia-U.S. East Coast trade are growing to accommodate the volumes. We are following the ship orders that are being placed and in the next 10 years, the vessels coming to Virginia and the East Coast from Asia via the Suez Canal will be even bigger. We’ll be ready to accommodate their depth and land-side needs,” Reinhart added.

The port is less than a year away from completing a $750 million expansion of its two primary container terminals. When complete, the port will have the capacity to handle 1 million additional containers per year. 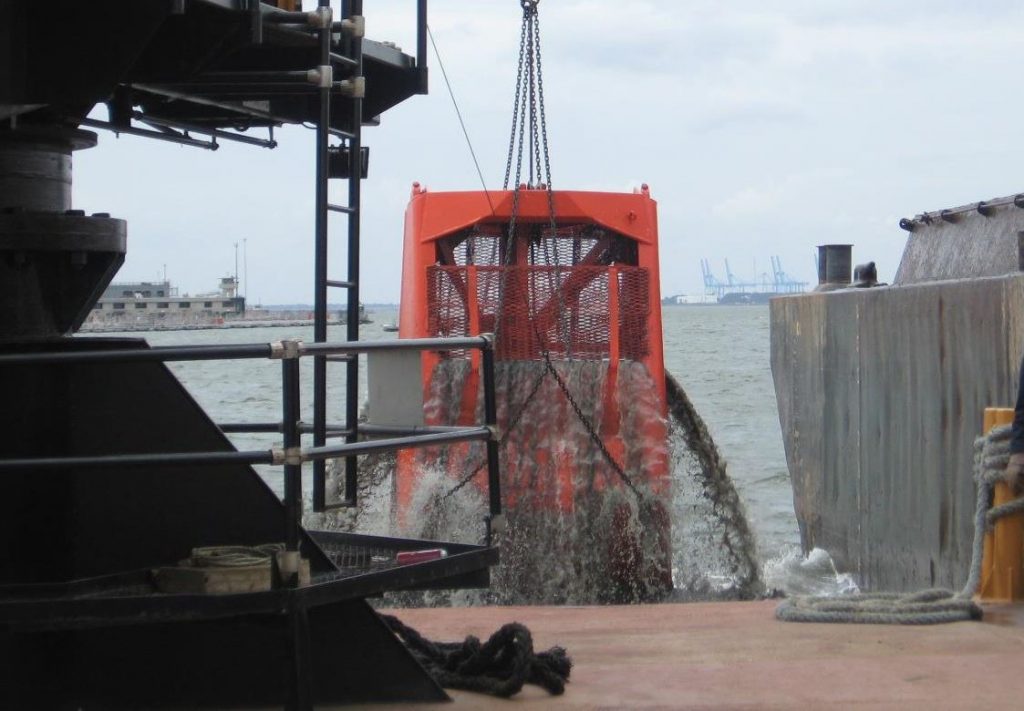