Vital sea defense work that will help protect West Bay from future flooding has been completed on time and on budget, reports the Dorset Council.

According to the release, the £10 million coastal defense works – completed this week by the Council and the Environment Agency – will better protect 148 homes and 112 businesses from flooding.

Councillor Ray Bryan, Dorset Council Portfolio Holder for Environment, Transport and Highways, said: “I am delighted that this important project to help protect West Bay from flooding has been finished on time and on budget.”

On East Beach a large rock revetment made up of 20,000 tonnes of rock was buried along the line of the shingle ridge. This will reduce the frequency of flooding from storms.

On West Beach a new rock groyne was built near the pier, extra beach shingle was also imported. A flood wall has also been built along the Esplanade, which will also help reduce the risk of flooding.

Work on the wall was suspended during the school holiday season to minimize disruption, but ‘facing work’ was restarted last month.

The Council also added that during the works 40,000 tonnes of granite was used, as well as rocks as large as 10 tonnes. Engineers are just finishing clearing the site. Any leftover materials will be used on other projects. 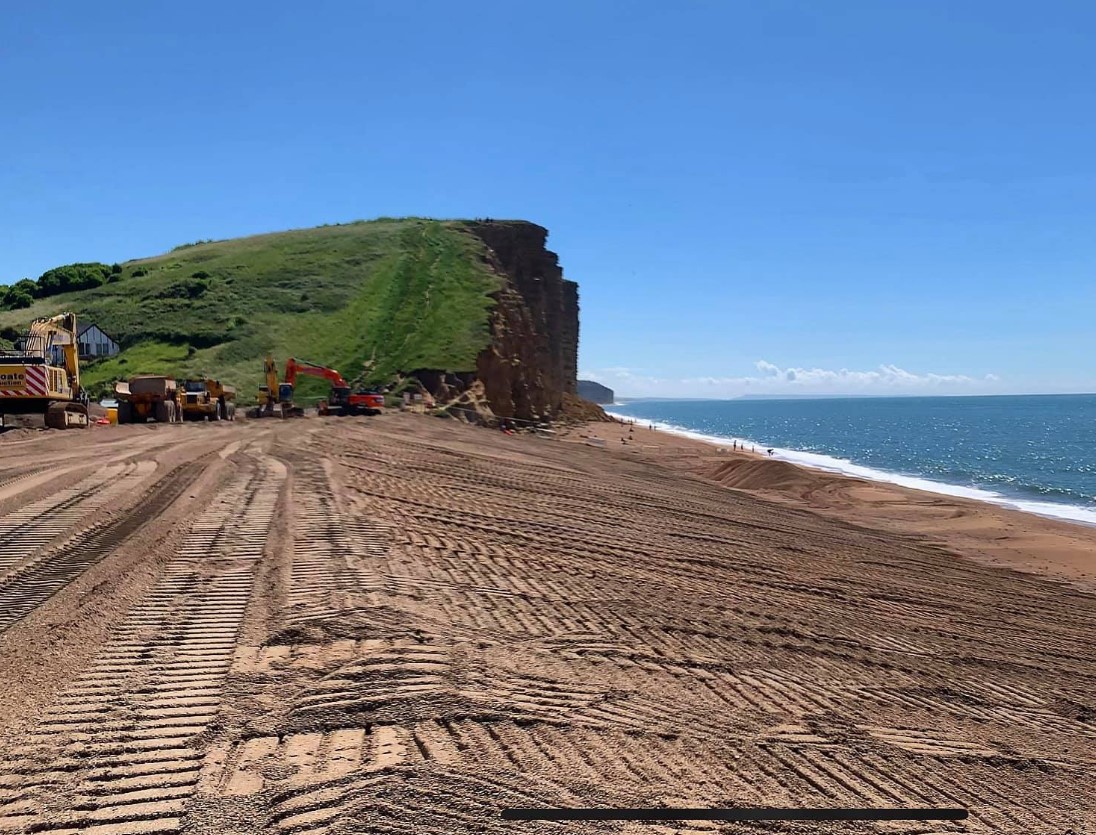