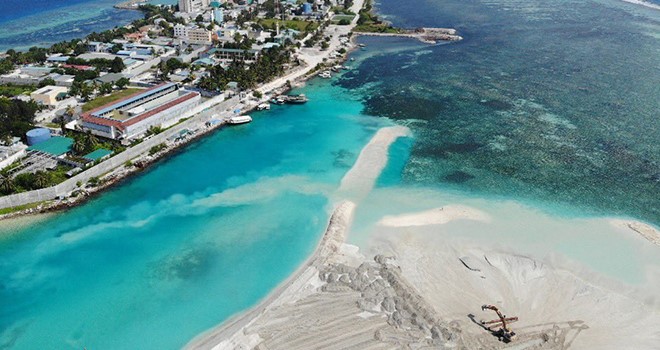 Maldives Transport and Contracting Company (MTCC) late last year won a contract by the Ministry of National Planning and Infrastructure, Republic of Maldives, in relation to the development of Maafushi, Island, South Male’ Atoll.

The proposed project involves land reclamation in the shallow lagoon on the southern side of the island and shore protection works.

As part of this program, a total of 1110 meters of revetment will be installed and 25 hectares of land will be reclaimed, as per the speed of MTCC’s trailing suction hopper dredger ‘Mahaa Jarraaf‘, within an estimated 75 days.

The reclamation concept is a detached separate island connected to the main island via a causeway. The proposed reclamation design by the ministry is based on introducing more beach areas during reclamation rather than constructing a surrounding shore protection.

The value of the contract is estimated at approximately $6.4 million. The dredging activities for the project commenced in the 4th quarter of 2019 and are expected to be completed in the 3rd quarter of 2021. 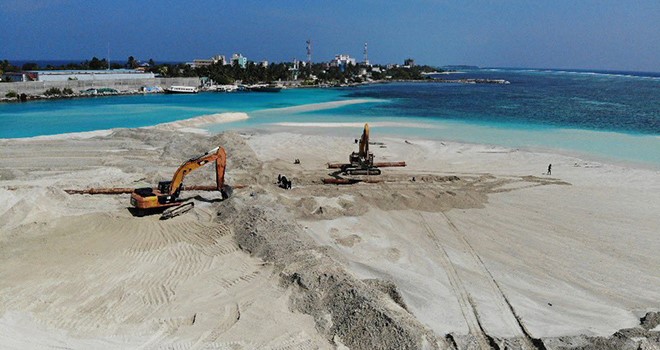 Overall, MTCC aims to conclude the entire operation within 249 days. The project was awarded to MTCC by the Ministry on August 27 and is a key electoral pledge to the people of Maafushi.

The development of Maafushi, an inhabited island of 39.6 hectares with the second largest population within the administrative islands of Male’ Atoll, forms part of the Ministry of National Planning and Infrastructure’s strategic plan to bring a solution to the high demand of residential plots on the island. The project will serve the Ministry’s reclamation concept in connecting a detached separate island to the main island via a causeway, making this part of the Maldives less susceptible to erosion. 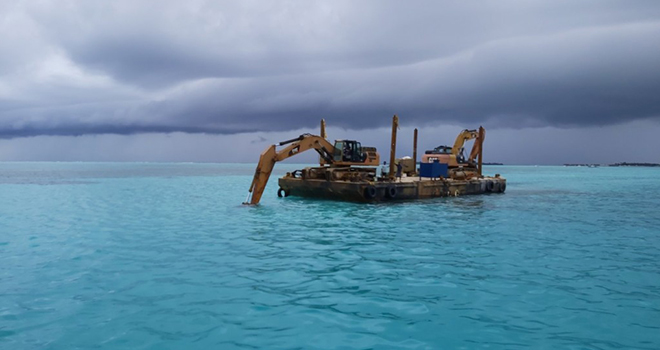 The project will consist of suitable dredged material by hydraulic dredge and pipeline for a fill of the reclamation area and for slope protection in revetments.

The work also includes dredging to required depths of 50 feet, with a maximum permissible over dredging of 0.3 m below the specified maximum depth. 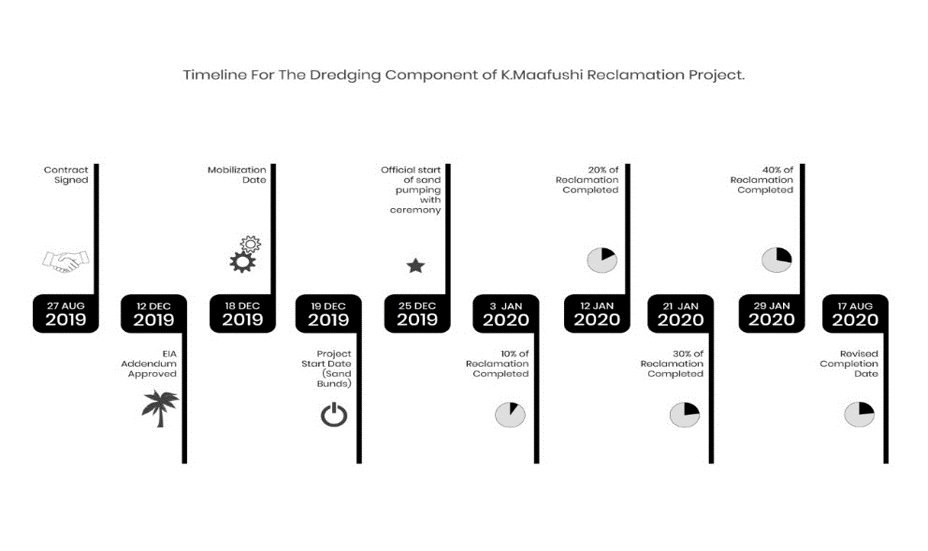 During the 4th quarter of 2019, MTCC has executed 5 climate change adaptive dredging and reclamation projects. Among these 2 projects were completed. These include:

This was followed by several subsequent projects, including land reclamation activities for the airport development of H. Dh. Kulhudhuffushi, Sh. Funadhoo, and Ha. Hoarafushi in 2019, for which 345,000 sqm were reclaimed. The company also carried out reclamation at K. Kagi and K. Maavaru lagoons as private projects, which are a part of tourism property development.

Since the company’s inception, it has been involved in projects that enable national development. Dredging and reclamation, which is one of the company’s core activities was started in 1985, with just a few excavators. 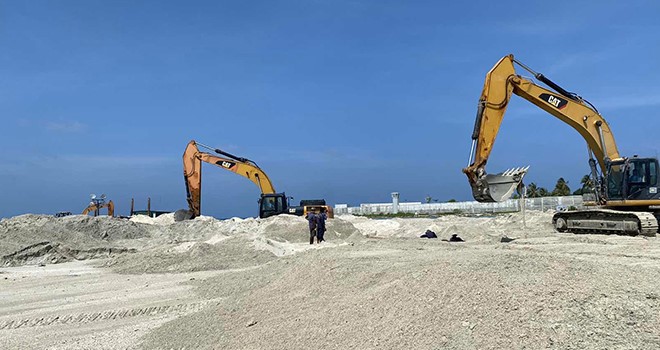 Some significant challenges faced during the Maafushi land reclamation project include the proposed reclamation area being susceptible to constant erosion due to being too close to the wave; break and high current.

The Maafushi Reef is a large reef system with a surface area over 771 Ha. The physiographic features of the lagoon system including live coral cover zones around the project site. As with project sites in other remote and environmentally significant locations in the Maldives, in the case of K. Maafushi, environmental impact assessment is key.

Also, proper shore protection needs to be implemented while or immediately after reclamation. Also, the proposed reclamation area can be too far inside the atoll, resulting in longer pumping cycles, reducing the efficiency of the project.

Additionally, the proposed borrow area can be too far away from the reclamation area, resulting in longer pumping cycles, reducing the efficiency of the project.

Further, in the case of remote island locations in the Maldives, MTCC has to import all materials required for project execution. Basic facilities such as temporary accommodation, jetties needed to be built, and various equipment mobilized over long distances. 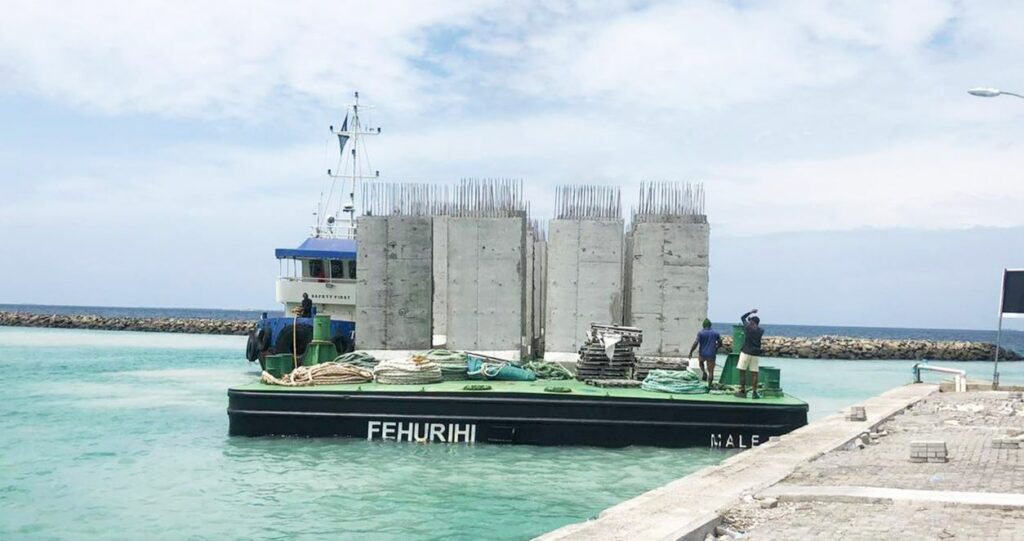