The town of Mashpee is seeking a permit from the U.S. Army Corps of Engineers, New England District, to conduct work in waters of the U.S. in conjunction with dredging and disposing of material as beach nourishment in Mashpee, Mass.

The proposed work is dredging and the discharge of dredged material below the high tide line of waters of the U.S. for the dredging of four waterway sites and disposal of dredge material at four disposal sites in the town of Mashpee.

The Corps previously issued a public notice for this project in December 2015. Since then, an additional disposal site has been added to the project: Dead Neck (alternative to Wills Work Road Beach).

Dredging would be performed by hydraulic cutter head dredge. The purpose of this permit review is to bring all of the town’s dredging and disposal activities under one comprehensive permit. This will give the town the flexibility to dredge and nourish the highest priority areas and allow for effective and efficient use of town resources.

The permit would be valid for 10 years. Maintenance dredging and beach nourishment would be authorized for the life of the permit. 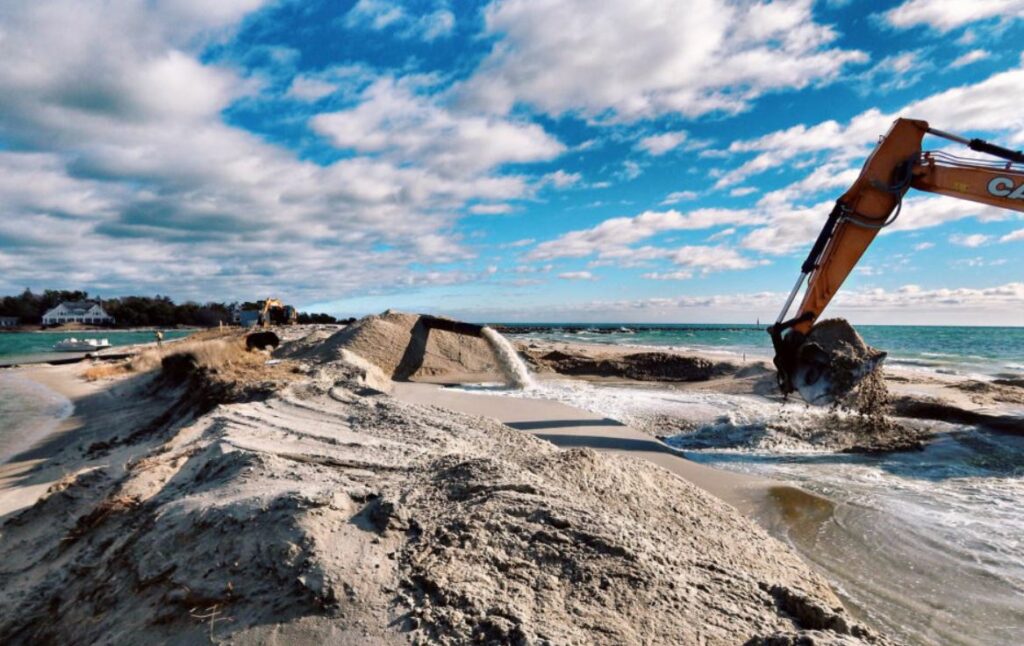