Dr Steven Miles, the Minister for Environment and Heritage Protection and Minister for National Parks and the Great Barrier Reef, announced yesterday that the Palaszczuk Government will help Mackay Regional Council to solve the Midge Point erosion issues.

Dr Miles made the commitment during yesterday’s inspection of the beach with Mackay Regional Council Mayor Greg Williamson and members of the Midge Point Progress Association (MPPA), ahead of Community Cabinet in Proserpine.

“The Mayor and members of the MPPA joined me in inspecting the foreshore and the geo-fabric, before discussing alternative options to manage coastal erosion and storm tide inundation at Midge Point,” Dr Miles said.

“Midge Point is also one of the communities on the frontline in the battle against rising sea levels and possible increase in cyclone intensity as a result of climate change.

“That means accelerated coastal erosion, permanent inundation of low lying areas and an increase in the areas impacted by storm tides.”

Midge Point Progress Association Acting President, Lance Greenwood, added that the meeting was a “move in the right direction”.

“We are optimistic that there will be a permanent, long term solution that will protect our beach for the future and also relieve the association of its concerns about the threat of fines,” Mr Greenwood said.

Dr Miles said that every coastal council in Queensland needed to develop these kinds of long-term coastal management strategies and seek participation from the public and local businesses. 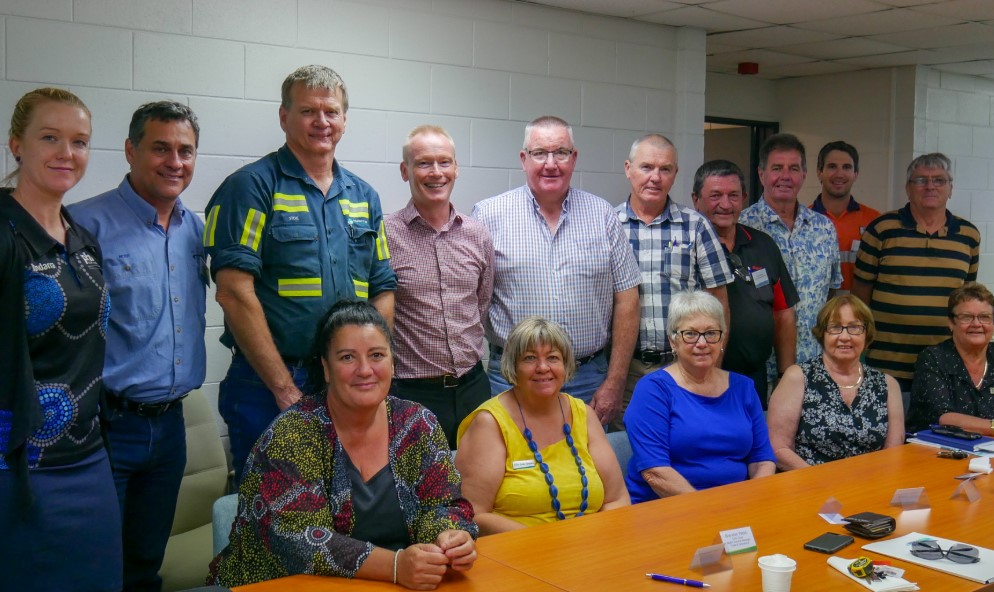