The proposed federal budget for 2018 includes drastic cuts in funding for Great Lakes programs. It calls on the eight states bordering the lakes to fund a wide array of programs designed to safeguard the lakes and protect public health and ecosystems.

The proposed 2018 budget, which will take effect October 1, would eliminate funding for the Great Lakes Restoration Initiative and cut funding for other federal programs that protect the lakes.

In his budget message, President Trump said that the funding cuts proposed for 2018 would allow the U.S. Environmental Protection Agency to focus on issues of highest national priority.

In this Q&A, Sam Passmore, director of the Mott Foundation’s environment program, discusses potential impacts of those proposed cuts.

Q: Why is eliminating federal funding for Great Lakes programs so controversial?

The lakes provide drinking water for over 30 million people in the U.S. and Canada, support 1.6 million jobs and are the lifeblood of the world’s third largest regional economy. We should not leave the responsibility of protecting this globally significant resource solely in the hands of the Great Lakes states. None of these lakes are contained wholly within any one state.

The only way to make significant progress on restoring the Great Lakes is with a coordinated regional response involving all eight Great Lakes states plus the two Canadian provinces, backed by national financial commitments from both the U.S. and Canada.

Q: Who could potentially be affected by the proposed 2018 budget cuts?

Sam Passmore: Well, everyone — individuals, communities and companies that rely on the Great Lakes for drinking water, navigation, recreation and industrial processes. One of the more dramatic cuts would eliminate monitoring for toxic algae blooms, like the one that covered part of western Lake Erie in 2014 and shut down Toledo’s water system.

Q: The president’s 2018 budget would eliminate funding for the Great Lakes Restoration Initiative. The GLRI has provided over $2.2 billion since 2010 to clean up toxic hot spots, restore wetlands, combat invasive species and reduce polluted runoff from farms and urban areas. Would it be missed?

Sam Passmore: Absolutely. This program has been very successful. Since 2010, the GLRI has funded more than 3,400 projects around the region. One of my personal favorites is a 1,000 acre wetland restoration project in the Shiawassee National Wildlife Refuge, just down the road from Flint. There are many, many people out there who have personal favorites, but it’s when you add them up that the impact becomes truly astounding.

Federal investments have removed more than 500 dams or barriers in rivers, which opened more than 3,800 river miles to native fish and aquatic life. Farm runoff and erosion have been reduced through conservation actions on more than 1 million acres of land, helping to cut off the nutrients that fuel toxic algae blooms.

Large-scale restoration projects have cleaned up some of the most polluted sites around the Great Lakes.

The GLRI is also good for the region’s economy. Independent research has shown that every dollar spent on Great Lakes restoration creates $2 of economic benefit. We’ve made a lot of progress with GLRI funding, but there’s still a long way to go.

Q: The Trump Administration has said the eight Great Lakes states, not the federal government, should fund programs that protect and restore the lakes. Does that make sense?

Sam Passmore: In a word, no. The states have an important role to play, certainly, but that doesn’t mean the federal government can shirk its responsibility. Protecting and restoring the Great Lakes is a very complex challenge that requires collaboration and cooperation at all levels of government and across sectors, including nonprofits and the private sector.

The states already do a lot and spend a significant amount of money on Great Lakes issues, but the feds are the ones who can best pull everyone together. In fact, the United States government has international agreements with Canada to work together to protect the Great Lakes. They can lay the table, and then they need to be at the table with their resources and expertise.

Previous federal administrations, Republican and Democrat, have understood this fundamental truth. So far this year, Republicans and Democrats in Congress have continued to show strong support for funding federal programs that restore the Great Lakes.

They know how important the lakes are to the region’s people, communities and businesses. The response from the region’s mayors, businesses, tribes, agricultural producers, chambers of commerce and nongovernmental organizations demonstrates strong support for Great Lakes restoration work from virtually every sector.

Hopefully, the region’s congressional delegation and others can right the ship before it’s too late. 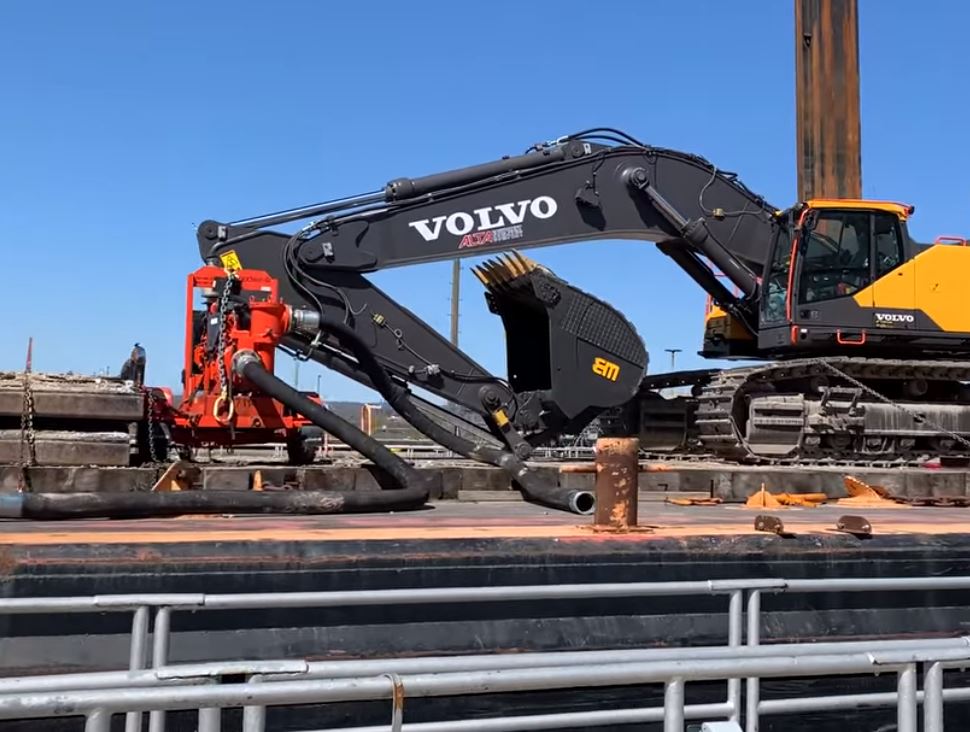