The stationary dredger was purchased in order to put a motorway construction project back on track near Joure, in the North of The Netherlands.

The company’s previous CSD that was working on the project was not powerful enough to deliver desired capacity of sand, so Van der Lee decided to buy new cutter suction dredger.

The dredger, fully assembled and towed to the jobsite, is mining sand in the Frisian Lakes at a dredging depth between -2m and -6m.

Since the beginning of the works, the vessel has moved around 600,000m³ of sand. 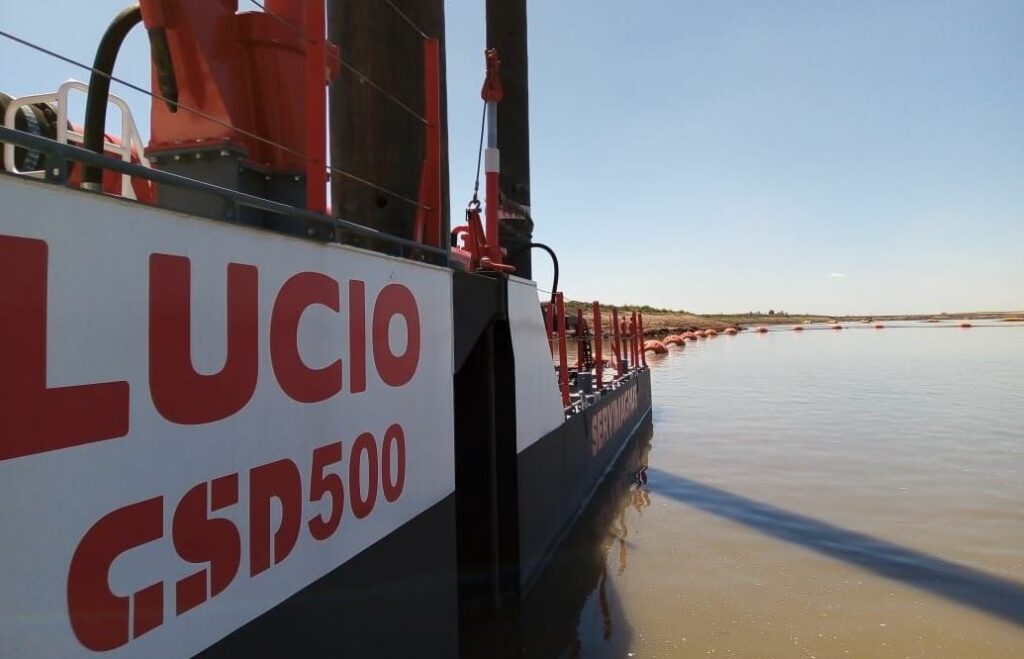