WASA Dredging has just released this amazing video about their work on the Port of Kalundborg, Denmark, completed earlier this year.

The Finnish marine offshore and inland water construction contractor started their first ever project in Denmark on March 1, 2018.

During the project, the dredger Optimus – equipped with a 360 ton Hitachi excavator – removed over 900.000m³ of clay, silt and moraine from the Kalundborg Harbor area.

The dredged material was loaded into the newly constructed barges Boann and Sinann and taken to an offshore dump at a distance of 8,5 nautical miles from the dredging area.

According to WASA, the inner port basin and the turning circle of the new port were dredged to 15 meters below water level, and the outer basin was dredged to 11 meters bwl. 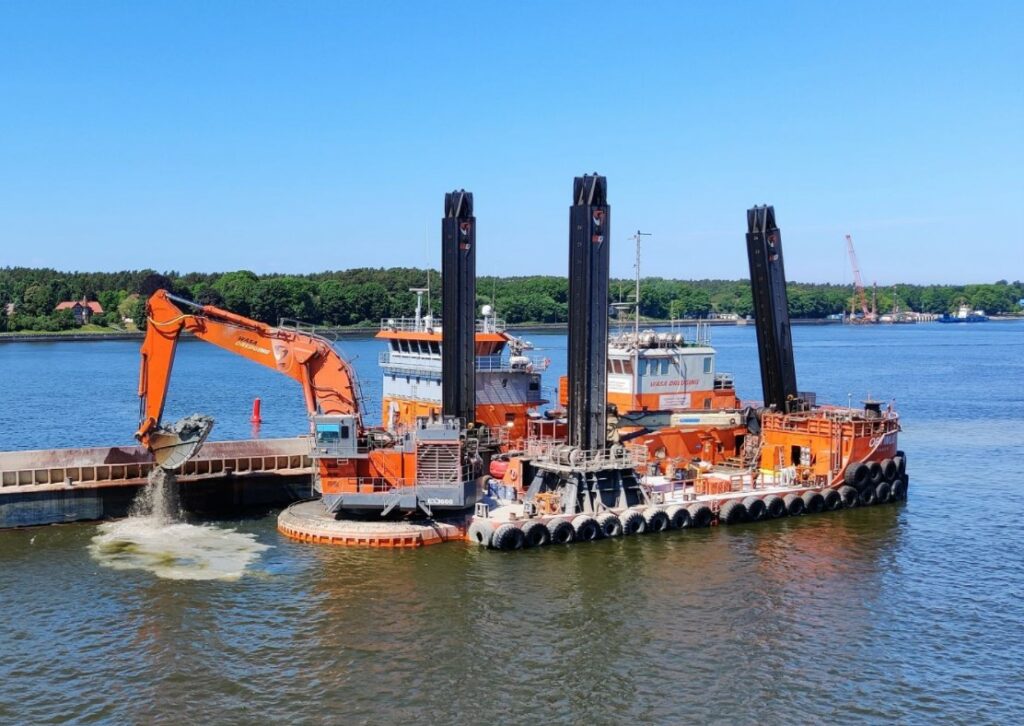