After completion of an emergency dredging operation, the Wheatland Ferry is now open and operational, moving people, vehicles and equipment across the Willamette River north of Salem, Oregon.

Dredging work on the waterway, aimed to remove rock deposits left behind by high river flows, was successfully wrapped up two days ago.

The Wheatland Ferry was closed due to these obstacles, the Marion County Public Works said.

Once the dredging started, the gravel bar just off the western landing was scooped up by an excavator on a barge and deposited elsewhere in the river channel in accordance with the county’s permits, the Statesman Journal reports.

Officials had originally hoped to reopen the ferry by the second weekend in May but the size of the gravel bar proved to be larger than they originally anticipated.

The Wheatland Ferry is a cable ferry that connects Marion County and Yamhill County across the Willamette River in the U.S. state of Oregon. 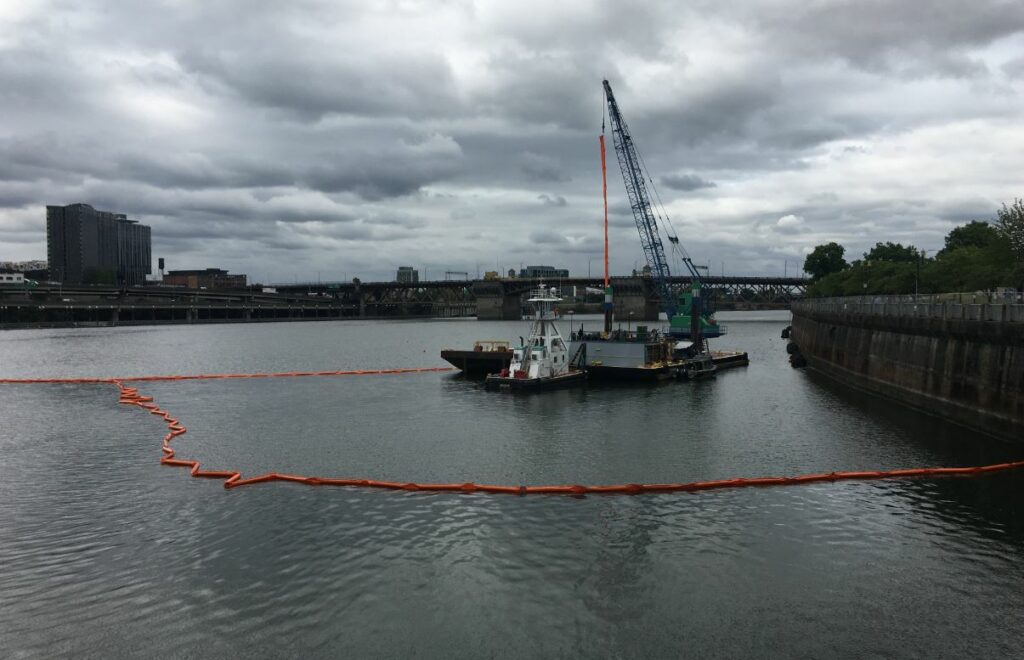